The show opened with a 20 minute video, most of which was looking at a blank brick wall with people ambling by, interspersed with snippets from TV broadcasts, until a busker sauntered into the scene and commenced to eat a bag of crisps and smoke a cigarette. By this time one or two members of the audience were getting restless and the odd whistle was heard. I think you will find that is called building the tension, and it worked! By the time the busker, obviously the centre character from ‘Luminol’, started strumming his guitar and the main man himself wandered onto the stage strumming in time, the audience were fit to bust, and bust they did! They bust again a couple of minutes later when the rest of the band joined him and tore into ‘Luminol’ itself like steam roller! 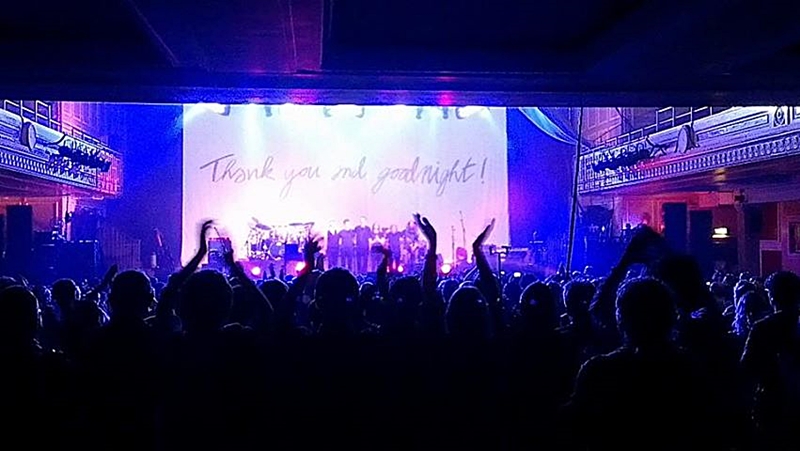 Customarily barefoot, and clad in a black t-shirt and spray-on black jeans, Wilson amazingly somehow manages to avoid looking like Max Wall. When not seated at the keyboard, playing guitar or addressing the audience, he prowls the stage like a proud father offering encouragement to his offspring.

The sound quality was excellent, as you would expect from someone with a reputation for his 5.1 surround sound remixes of classic albums. Every note was as clear as a bell, even when Nik Beggs strapped on his Chapman Stick for ‘Holy Drinker’. Some of the bass notes he hit during this were so low that I was seriously concerned for the ornate plaster in the ancient buildings’ ceiling.

I don’t know if I have the wrong idea about Steven Wilson, but he has always come across in interviews as a bit cold and clinical. Tonight, however, he proved that he has very good sense of humour. Ably assisted by guitarist Guthrie Govan, he gave the audience a quick musical lesson, and now there are hundreds of people in the North East who know exactly what “a Swede lost in the forest being chased by trolls” sounds like!

At the beginning Wilson promised to play some new material and true to his word he announced the 15 minute ‘Soundtrack To Decline’, as “that is what it is called today”. He made apologies before playing it saying it was a “work in progress” but if that is unfinished I can’t wait to hear the final version! Live, all of the material is heavier than on album, but this new song was bordering on prog/metal, watch out Dream Theater!

During the intro to ‘Watchmaker’, a translucent curtain dropped in front of the stage catching the video projection in front of the band, rendering them as ghost like figures in the background. The curtain was left in place for the next song and the band were back lit from behind, casting shadows on the curtain, a brilliant yet simple idea. The only problem being when they came to drop the curtain and one side stayed resolutely in place, causing some slight consternation and a lot of frantic activity from the roadies.

As the 90 minute mark approached Wilson announced an abridged version of ‘Raider II’ from ‘Grace For Drowning’ or as he put it: “where else can you hear a shortened version of a song that still lasts 15 minutes?” Having already played some brilliant solos throughout the evening, for me Guthrie Govan totally nailed it on this one! Not only was it technically brilliant , but also had a lot of feeling, something I find lacking in a lot of ‘shredding’ solos. Following hot on it’s heels, the eponymous song from ‘The Raven That Refused to Sing’ closed the show.

Wilson returned to his roots for the encore by performing a brilliant version of ‘Radioactive Toy’ from the first Porcupine Tree album, which he justified by saying that as he had played all of the instruments, he classed it as a solo album. No excuse necessary Steven!

If he had had any doubts about the reception he would receive in Newcastle, they must have been expelled by the standing ovation the band received at the end of the encore. The very appreciative crowd remained standing and applauded each member of the band , who frankly looked reluctant to leave the stage and I am sure the Newcastle crowd would have let them carry on all night if they wanted. Take note Steven, the North East loves you!

Thanks to Johny Blakey for his review. 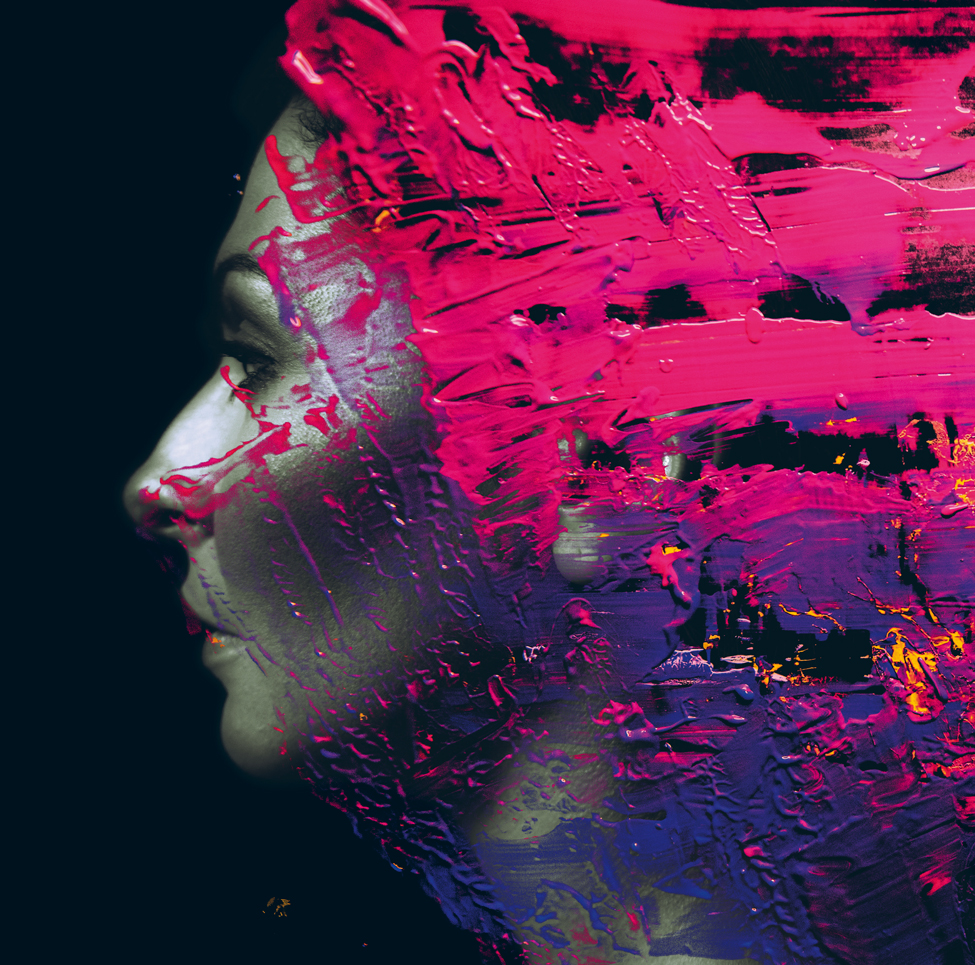 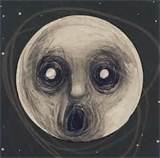 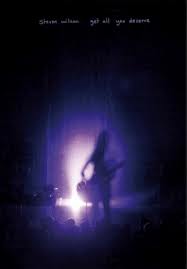