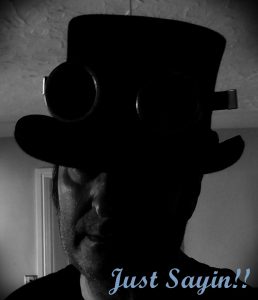 It’s been a busy year in a lot of ways so far. I became a granddad for the first time, handed over the running of my beloved Audio event Nebo to a friend, continue to contribute to my Progmeister website and of course record my radio show for ARFM Rock Radio. I still love to review the latest releases and hear from new artists who don’t seem to get a fair hearing. However, during the melee of work life balance spending time with my good lady, performing the above passions i may well have taken my eye off the ball and forgotten a very important element of my life, listening to music for pleasure. This epiphany came to me when i was recently chatting with Steve Hackett who is touring his new album new album The Night Siren. The second half of Steve’s current shows are given over to playing the Genesis classic album from 1977 Wind & Wuthering. A pudding that in recent years i feel Steve may have over egged. But  that’s just my view as his Genesis revisited shows have sold out and put him back at the top of his game. For that i doth my cap.

As some of you who tune in to my Progcast show may know i do tend to include a few off the wall pieces of music as well as Prog which i think is important. I do like to play a lot of new releases from a wide scope of artists which i also believe to be important. What i often forget to do is relax in front of my Hi-Fi and play music just for me. This is even more important. Taking Steve Hackett as an example it began to dawn on me as we were chatting that what i really wanted to revisit was his early solo albums not the Genesis music. This inspired me to do the same with many of my favourite bands and artists and i have to report that it brought about a smile to granddad Progmeister’s ageing mush. So much so that  My June radio show will be celebrating a few of my favourite classic Prog pieces.

With the way that the world is going and the state of what was once Great Britain i am starting to tame my view of nostalgia. Whilst it is great to champion something new and perhaps even innovating there is certainly something gratifying about visiting the river at it’s source and allowing yourself to reflect upon heady days. Let us not forget that many of the innovators of what we came to know as Prog have past away making it more important than ever to ensure their legacy lives on which many new bands do by writing and recording in their styles. The older i get the more i appreciate the wonderful things i have had in my life and instead of using phrases like Living in the past i am beginning to think, hey, nostalgia, there’s nowt wrong with it.