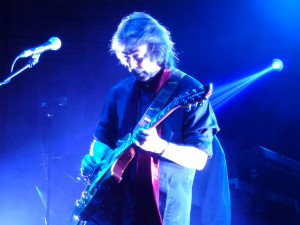 I seem to have been waiting for ever to see Steve Hackett perform the Genesis Revisited II concerts. On Wednesday May 15th of May i headed North from Teesside to one of the best music venues in the North East, The Sage in Gateshead to bring my wait to an end. The atmosphere in the main hall at The Sage was palpable and looked to be packed to capacity. Whilst supporting artiste Anne Marie Helder sang her heart out i scanned the hardware on the more than ample stage only to realise the scale of the production. I was intrigued by the giant angle poise lamps stationed throughout the stage and the three huge screens standing proud at the rear. As the lights dimmed i took to my seat in the very front row and sat back with all senses on high alert.

As Steve Hackett strolled onto the stage his willing troops manned their stations for the evening and Roger King’s keyboards rang out the opening chords of Watcher Of The Skies. Strange isn’t it? how only a few nostalgic chords can make a grown man tingle. The tall willowy figure of Nad Sylvan clad in dark Gothic clothing inched his way onto the stage delivering the immortal lyrics of this timeless genesis classic. Throughout the whole of the show Nad Sylvan cut quite a figure on stage and had quite a presence. To his credit he did not attempt in anyway to sound or acttoo much like Peter Gabriel which may have drawn unnecessary criticism from the many Gabriel disciples. I would describe Nad’s performance as comfortably similar yet refreshingly dissimilar. 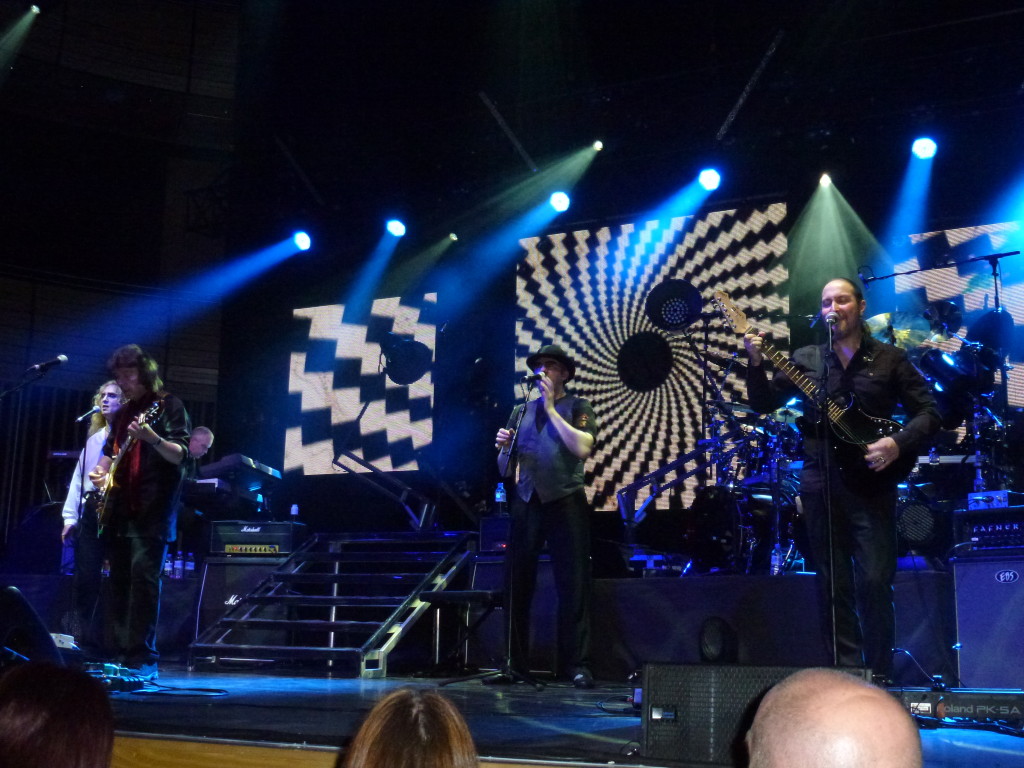 In the wake of such a traditional opening Mr Hackett announced a short pause whilst the myriad of digital hardware was re-booted in order to continue. Oh for the days of a swift kick or the application of electricians tape. When all was mended and good to go the audience were treated to The Chamber Of 32 Doors which taxed Nad Sylvan’s Swedish accent to the full before launching into Dancing With The Moonlit Knight which featured Rob Townsend on back up keyboards as well as his many woodwind instruments. By this time the mature and appreciative audience were all warmed through as were the band. Broadway Melody of 1974 and Fly On A Windshield found drummer Gary O’Toole in full rhythmic command as well as contributing some powerful vocals. Concluding the songs from The Lamb Lies Down On Broadway, The Lamia was given the revisited treatment before launching into a song that would bring a smile to everyone’s face, The Musical Box. It was here it became evident just what a diamond that Steve Hackett had found in bass player Lee Pomeroy. Lee put down his bass to play the majority of the 12 string parts of The Musical Box whilst seated playing bass pedals.

Lee also played rhythm guitar via his huge twin neck guitar throughout she gig and as a consequence gets the man of the match title. The band then covered a fair chunk of the Wind A Wuthering album starting with the now standard Blood On The Rooftops. This continued with Silent Slumbers For The Sleepers, In That Quiet Earth and terminating with the beautiful Afterglow. It was here that the clarity and precision Of Roger King’s excellent keyboards lost out to the richer tones of the Mellotron and other analogue instruments of their day. Nad Sylvan found his niche with this song which terminated in quite an emotional crescendo.

A moment of levity was had in I Know What I Like In Your Wardrobe before Steve’s version of Dance On A Volcano. To slow the pace a little Gary O’Toole emerged from behind his kit to contribute some beautiful harmonies with Nad Sylvan during the gorgeous Entangled. Always a favourite with me, the boys made a fantastic job of this song further enhanced by the some interesting and atmospheric rear video projections. It was when Steve donned his acoustic guitar that the largest cheer of the evening took place. Yes Supper’s Ready saw the band all multi-tasking Lee Pomeroy again brandishing his twin necked guitar and Rob Townsend playing everything but the kitchen sink. It makes you wonder just how Genesis managed to play all those years ago? At the conclusion of Supper’s Ready I was proudly the first one in the hall to my feet leading the many hundreds of fans to do the same. I actually had tears in my eyes at this point as i suspect did many others. 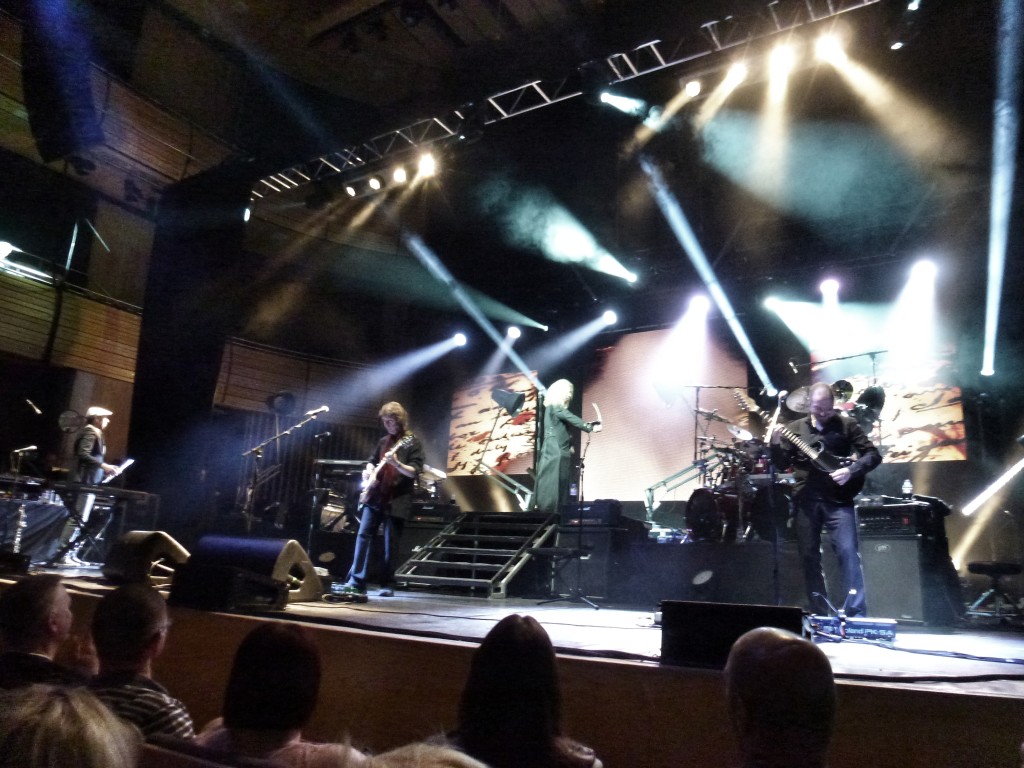 After the obligatory hand clapping and shouting Steve and his seasoned employees returned to the stage to play a rousing version of Firth Of Fith. Yet another victory for Nad Sylvan and a reminder of Steve Hackett’s genius. The evening concluded with  Steve’s take on Los Endos which included a foray into Steve’s Defector album, namely Slogans.  Steve’s playing seemed to take on another dimension during this all too short burst of his solo classic indicating that he misses playing the music that is closer to his heart. All in all a very special evening indeed. It was great to see Steve Hackett and his band playing on a larger scale and back where he deserves to be. It was this that really took me back to better days when such events excited and stimulated the senses. Fitting i think that a legend such as Steve Hackett has seen his vision of Genesis revisited represented in such a way whilst thinking it is a crying shame that other members of Genesis failed to become involved. I am so pleased that i managed to get a ticket for the Newcastle City Hall gig in October. Steve Hackett’s Genesis Revisited II show at The Sage was one of the most special shows i have seen for a while and one that i will remember for many years to come.

Thanks to Brendan Eyre for pictures.