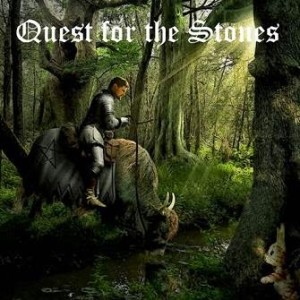 Mmm, yes indeed. A title that does invoke a very Tolkein feel to it as does the art work of Yak’s latest production Quest For The Stones. A very humorous and what feels like a tongue in cheek jibe albeit a fond one at the older Prog idiom of which so many of us not least creators of this nicely produced album is written out within the pages of the booklet. The art work by Laura Knight is both beautiful and appropriate to the musical journey here within. Yak comprise of Martin Morgan on keys/samples etc, Gary Bennett on bass and  Dave Speight on drums. Remembering just how good the bands last album was the 2011 Journey Of The Yak, I had a good idea what to expect. Very much for the seasoned Prog listener Yak do make exceedingly good albums.

Comprising of only two tracks Quest For The Stones and Veil Of Aeternum It would be a safe assumption that the album would be a piece of cake to review. Not so! Coming in at over twenty four minutes and sixteen minutes consecutively bot with many elements all of which without sub-headings it required a few hours of listening to fully digest before forming an opinion.  Opening with a very church like atmosphere which would be at home in many a film score though to my relief that notion was dispelled one and a half minutes into the piece when piano and synth kicked it into action along with drums turning it into a Steve Hackett kind of piece. Having said that, it is important to know that no guitars with the exception of bass were harmed during the making of Quest For The Stones. Martin Morgan’s lead synth skill are so good that it is easy to make comparison with Prog guitar musicians and i found that i was constantly reminding myself that there were no guitarist on the album.

Sampled Mellotron flute and Laura Knight’s splendid art work put things firmly in the early Greenslade area, think Greenslade, Bedside Manners Are Extra et al whilst more obviously Camel and early Genesis figure largely as influences. Martin Morgan’s keyboard sound and samples are exemplary and though most are generated from software an aged ARP Quadra is also pressed into action giving yet again an authentic seventies Prog feel that will win many friends. The peaks and troughs of this 24+ minutes journey are fused together with Martin Morgan’s intricate piano playing and Dave Speight’s drums adding a live feel to the proceedings. That said i found that cymbals could sound a little splashy at times. At approximately 16 minutes in to the track an organ and drum march brings the piece firmly back into the Genesis and even IQ mould leading to a rather grand finale before concluding in the same manner with which it started.

Morphing gently into the second piece on the album Veil Of Aeternum with some rather pleasant recordings of birds and a cantering horse which are broken by the rather homely Mellotron flute and string sounds of which Mr Hackett himself would have been right at home with. Being a long time fan of Nick Magnus i can drawer many comparisons here not least Martin Morgan’s lead style which bares many of Nick Magnus hallmarks. There is some fine bass playing at about three and a half minutes into the piece by Gary Bennett who along with Dave Speight prevents the album falling into the category of symphonic or totally keyboard driven music. Don’t get me wrong, the many untitled musical passages and elements are a lot to digest which some may find disconcerting, however, i found this to be part of the attraction and on the many occasions i have now listened to the album i keep stumbling upon parts i hadn’t heard the previous times.

Martin Morgan’s use of pitch wheel towards the end of this piece did catch me out a few times as i was unsure that he had returned the piece back into key following it’s use. Let me assure all that it does. Concluding with a sample of rainfall i was left thinking that there was only one thing left to do because of the volume of musical information and that was to listen to it again. Always a sign of a good listen methinks. One of the premise of Yak’s albums are to fund Tower Hill Stables Animal sanctuary in Essex. This i feel more than just a noble gesture, it is a commitment to be grossly admired and i urge anyone who would like to contribute to do so. Info about Tower Hill Stables and of course the album can be found on the Yak website below. For what ever reason you purchase the album know that it is traditional Prog played at the highest standard and as a result cannot recommend it highly enough. 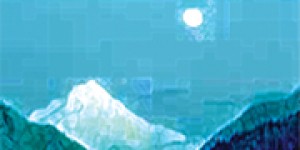