Wow! It’s been a while since i attended a tribute band gig. I think it is a an injustice to describe Retrogenesis as a tribute band. Having been fortunate enough to have seen The real Genesis during their hay day with Peter Gabriel and unfortunate to be old enough to remember, i can’t imagine that the original band could have performed any better than Retrogenesis.

I have to confess that despite a very slight technical glitch at the beginning, the hair on the the back of my neck stood to attention as the first few bars of “Watcher Of The Skies” rang out. It would be very difficult to say what my favourite song was as so many old favourites were given a new lease of life. The rendition given of “Entangled” was simply the best that i have heard. If pressed i would have to say that my favourite songs of the whole evening were not Genesis pieces but Peter Gabriel songs. Snapshot and San Jancinto blew me and all like minded people in the audience away.

The whole evening was Fun, quality, nostalgic and a shear pleasure. I would recommend any Genesis or Peter Gabriel fan to check this band out. I would have happily paid twice the ticket price. 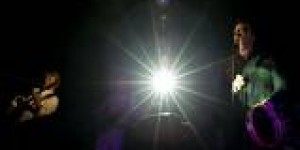