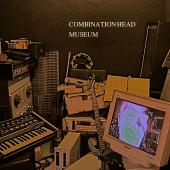 I was recently asked in a radio interview if I knew any of new prog rock bands carrying on from where the traditional bands like Pink Floyd, Yes and Genesis left off in their hey day. A few bands came to mind and Combination Head was one of them. It wasn’t until I listened to the latest album “Museum” that I realised how much so.

This seven track offering is not only steeped in prog tradition it cunningly lures the unsuspecting into believing that it is merely high quality modern rock music. Easy to think that given the fact it holds melody along with acceptable 2011 rock and pop criteria.

However, don’t be fooled for a minute. This is as prog as music gets. When we received the press release blurb, included within was the fact it was “themed around the idea of how quickly people, objects and ideas are consigned to history”. We were hooked. It was a subject close to our hearts.

Having recorded two very hard to follow success stories with self titled “Combination Head” and the sequel “Progress” how did their third album fare? Well, unlike the first two albums Museum is a slow burn. Whereas the first two albums were instantly loveable from the outset the new venture takes your soul by surprise.

Gone are the rich, polished songs and compositions, instead a more seat of the pants recording is evident which at first I was unsure about. I am unsure at this stage what the bands motives were when this album was recorded having already sprung two diamonds on the world, but let me tell you this is Combination Head’s best work to date.

All the usual flavours of the band are here with a little added vim and vigour. Starting out with the bright and breezy opening of “The Curator” there is a creation of a 21st century Greenslade if ever I heard one. Crammed with some great Moog type sounds and real grimy Hammond I was blown away from the outset. From the medieval drum pads to the racy guitar riffs, I was after more than a few listens totally smitten.

Electronic swirls and soundscapes herald the arrival of “Particle Zoo”. At first it’s a bit of a culture shock baring in mind the band’s ancestry. I could only liken this song to driving a Ferrari with no brakes. The whole experience is exhilarating.

“Turn Me Down”! Wow! If ever Combination Head needed a single to release then this is it. The absolutely filthy gorgeous Hammond and blinding guitar is powerfully propelled along by Gareth Moulton’s energetic vocal. It just doesn’t get any better than this.

Onto something a little more intriguing, “Thyrotron”. Utilising deep sound patterns like that of the 1929 Trautonium, this piece represents the most powerful piece on the album. Thyrotron is named after the gas filled valve found at the heart of such early  engineering of the synthesizer. A slow starter with some electrifying moments. I must admit that certain parts of this piece reminded me of The Lamb Lies Down On Broadway. I was looking over my shoulder for a Slipperman. The breath taking drums on this tsunami of a track can be attributed to the Portnoy of Preston Wilton Minto who is without doubt a phenomenon.

Keeping up the pace, boards man supreme Paul Birchall throws himself into full Emerson mode here with “Truth Seeker”. Once the Tarkus-like beginning subsides there is no question who is playing? The Heads undoubtedly have their own manqué and it is evident throughout the whole of this wonderful montage of all that is good about this genre.

“Consumer Fool” certainly burns a message home about the state of today’s society. It hammers home a deep social message. I find it an alarming statement though a joy to listen to. This song represents the albums anthem. There are some interesting sounds and textures to be found here too.

In conclusion, Yvonne Shelton’s gospel wailing  finishes the album with the title track “Museum”. Originally intended for the Progress album this sadly too short climax utilizes the extreme skill and deft of hand lay bare by Paul Burgess. The ex-Camel drummer pounds his way through this masterpiece of a climactic sound bite. Best to go out on a high and that is exactly what Combination Head did here.

For the nerds amongst us I must inform that as well as the soft synth technology, there is a wealth of the real I am on this album keyboard wise. Micro Moog, Prophet 5, and Hammond to name but a few. And you can tell. This album has been painstakingly put together for your enjoyment. Treat it like an antiquity. Enjoy it, revisit it, admire it and above all else treasure it.

A good start to 2011. One of the best albums I have heard for a while. Museum is only available as a download at the moment. CD’s will b available later this year. Available to download from CD Baby and Reverbnation.