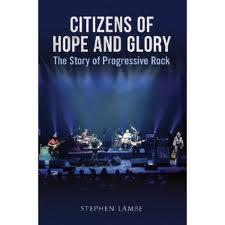 Citizens of Hope And Glory

From the outset i both enjoyed and despised this splendid publication as it is the book that i would love have written myself. The book is well researched, presented and concise. It is very pleasing to read fact and opinion without the usual high brow references to the pomposity and eccentricities of Prog. This is due to the enthusiasm and passion of author Stephen Lambe. Stephen is best known for organising the fabulous summer’s End festival every year confirming his commitment and love for prog and all of it’s derivatives. he is without doubt one of the leading expert on the subject.

Stephen describes his writings as more of a personal history with the hope of striking a few chords with other fans. to this end he has without any doubt been successful. Although i may have been listening to Prog and attending gigs a few years before Stephen we seem to have trodden a similar path. The whole feel of this book is that of being written by a caring enthusiast rather than a journalist such is the attention to detail. This book is designed to be informative about an often derided subject which should assist novices to find out more about prog or inform established fans of bands and music of which they know very little or nothing about.

I especially appreciated that band histories like Pink Floyd et al are omitted instead opting for occasional references to particular happenings or facts. Further reading is suggested instead of such forays into a band or artiste’s past. Views and reviews of cult, classic and essential Prog albums are covered with aplomb and even subjects like keyboard technology and cover art are described to an appropriate degree. As well as the origins of Progressive rock, other influences , styles and bands are all given lineage with equal attention given to all era of the genre and corresponding exponents. The influence of American, Swedish, Eastern block and European bands are all described prompting further investigation.

Even the analysis of lyrics from a classic Yes album and utilisation of concepts fall under scrutiny. A very refreshing take of such subjects. There are some wonderful pictures included within some of which were donated by Prog photographic luminary Neil Palfreyman. Stephen lambe’s excellent handbook of Prog dotted some of the i’s and crossed many of the t’s with regard to area’s unexplored. As such i would recommend this fine coffee table adornment to both die hard Prog fans and those seeking further enlightenment. However, on a personal note, i feel cheated out of writing such a book though i have to admit, i could’nt have put it better myself. 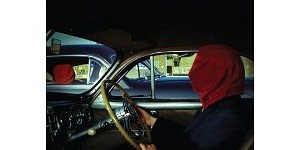 Beyond and Before: Progressive Rock Since The 1960's 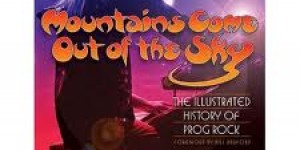 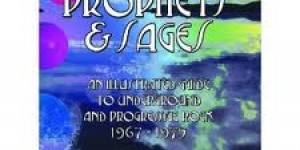