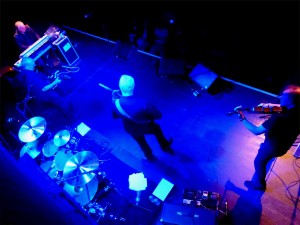 Team Progmeister arrived in good time for the Caravan’s gig at The Sage in Gateshead and a fast freezing Saturday evening only to have missed the support act. Yet another cherished institution displaying their historic wares in what is fast becoming the Thunderdome of Prog. Hall two at The Sage is a great place to see bands like Caravan favouring the full to capacity instead of half full ethos of the larger hall one. Caravan did just that, the hall was quite literally packed to the rafters which was befitting of the forthcoming performance.

The focus of the present tour is around Caravan’s “Girls That Go Plump In The Night” album a fair chunk of which was played with aplomb starting with “Memory Lain, Hugh. Notable performances of these songs were  “L’a auberge du sanglier” (A Hunting We Will Go”) and The Dog The Dog, He’s At It Again”. From the off the band as a collective were on fire and of all the Caravan performances i have seen over the years have to rank this as one of the best. There is an element of playing for the hell of it in Caravan’s playing and it which instills joy and enjoyment in their audience. Many bands who frequent the prog genre favour the dark and moody approach where as Caravan exude fun, light hearted subject matter and humour.

This was evident during “Golf girl” as multi-instrumentalist Geoffrey Richardson donned his amplified spoons. This is an event that has taken place for many years, however, on this occasion he duelled with newbie drummer Mark Walker on washboard. highly entertaining and maintained the spirit of caravan. On the subject of Mark Walker, i have no idea where the band found him or his musical heritage (Though i intend to find out) but he give the impression that he was wired directly to the mains.  Without doubt one of the most incredible drummers i have seen in recent years which projected the bands sound-stage to the outer reaches of the hall.

Many of the standards such as “The Land Of Grey & Pink” were played with renewed vigour, the band sounding tight, fresh and well rehearsed. of the newer songs “Nightmare” and “Fingers In The Till” were every bit as enjoyable as the old faves. Geoffrey Richardson charismatic communication in his role as MC assured the the all important human presence which seems to be getting lost in recent years, his appreciation of long serving drummer Richard Coughlan not forgotten whilst introducing the band and Richard’s youthful power house replacement, something i found very touching.  In fact many bands could learn a thing or two from Caravan. Pye Hastings apologised on numerous occasions for “having the lurgy”, something that was creeping though the rest of the band. This in no way distracted from his impeccable performance or hamper his enjoyment of the proceedings. The bands performance throughout the whole evening raised the bar not only for others, it also give me the impression of a personal best. This became evident on the final tour de force during David Sinclair’s classic “Nine Feet Underground”. I honestly thought Jan Schelhass would need the aid of a fire extinguisher such was the dexterity of his playing. One of the finest keyboard players in Prog of that there is no doubt. Jim Leverton’s voice being aired for the first time of the gig as a lead vocal was mellow and a beautiful contrast to Pye Hastings jaunty presentation. Geoffrey Richardson gutar and Viola simply divine throughout made this gig something very special indeed. The band returned to the demanding applause to perform a rousing encore before retiring to their dressing room for a well earned nap.

Without wishing to seem unkind, i half expected their carers to load them into a sunshine coach and return them to the retirement home following yet another escape such as the bands ageing appearance. Which just goes to show that you should never judge a book by it’s cover. I would urge some bands out there to attend one of the remaining gigs in a bid to see just how things should be done. Caravan’s performance at the stage was nothing short of gold standard. relying on nothing more than in house lighting and sound engineers they focused on the music and delivering it right between the eyes. Living Prog legends still doing the business. Thank you Caravan for a totally enjoyable evening and one that will stay in my memory for many years. 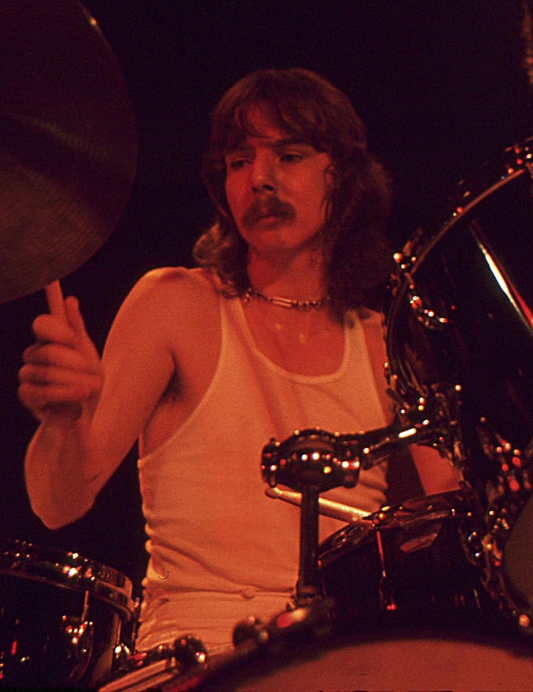