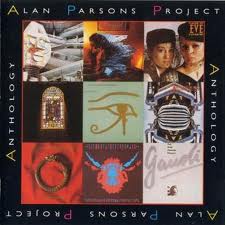 I make no apology for my love of progressive rock music. Its pomposity and weird time signatures set it apart from most other forms of music. During a recent debate with an old friend we discussed the merits and demerits of many of the major exponents of the genre and even questioned just who fell into the category.

This made me reflect on the best decade of discovery with regard to progressive music, the nineteen seventy’s. Having been blown away by Pink Floyd’s Dark Side of the Moon and other such epics I developed a hunger for other interesting musicians and artists.

Being as I am a closet anorak when it comes to the subject of hi-fi, I was to be found most Saturdays in the local emporium listening to the latest piece of kit. It was on such a mission that I first heard The Alan Parsons Project. If my memory serves me correctly it was during the demonstration of the latest turntable of the day that I first experienced I Robot. At that time I had no idea that a previous album existed and Pyramid was just in the process of being recorded.

It wasn’t long before I had purchased Tales and mystery of imagination the very first Alan Parsons album. The album was all about the stories of Edgar Allen Poe and it was listening to this album that inspired me to read his books and stories. By the time that Pyramid was released in 1978 I was completely smitten.

Every album that was recorded by this tour de force was bedecked with diamond personnel. Parsons used his position as studio engineer at Abby Road to enlist the very best musicians, orchestras and choirs. These included the boys from Pilot, David Paton, Ian Bairnson and Stuart Elliott as well as John Miles, Colin Bluntstone and the fabulous Lenny Zakatek.The music of the Alan Parsons Project was a huge departure from anything else that the major players of the day were doing. Each album had a flavour of it’s own with different concepts and story boards.

However, it was the collaboration between Alan Parsons and the late Eric Woolfson that made the early albums very special. The songs beautifully sung by Eric were often a contrast to the grandiose of the larger scale pieces which featured The English Chorale and orchestra usually conducted by Andrew Powell. It wasn’t until 1984’s

Ammonia Avenue that Eric started singing and writing songs like “Don’t Answer Me” which seemed to be a pastiche of the Motown sound which heralded for inclusion on the album of more diverse compositions. In my opinion this was a turning point and a welcome one.

Following the release of Gaudi Eric went his own way recording Freudiana under his own name. It was after this that Alan Parsons began to make albums under his own name dropping the Project moniker. I was always impressed that Alan Parsons kept abreast of new technology and recording techniques and the four albums he made from 1994 till 2004 remained high quality items. I do feel that they are to be savoured in there own right though and not compared with the magic of the earlier albums which to me will always be very special.

Music chronicles your life. When I listen to I Robot I am instantly transported back to a Hi-fi shop in 1977 where I first witnessed as Austin Powers put it “the awesome power of The Alan Parsons Project”. I still see and hear the magic of those recordings now and like Dark Side Of The Moon They stand the test of time.

Many of the original titles have since been remastered with bonus material and enhanced booklets giving a detailed history. I couldn’t recommend them highly enough. As for the debate in the pub, well, I stick to my guns. The Alan Parsons Project are not only prog, they represent the highest quality prog that there is. I have no doubt I will have my dissenters but what ever label you care to hang on them, The Alan Parsons Project were a class act. I thoroughly recommend that you revisit them.