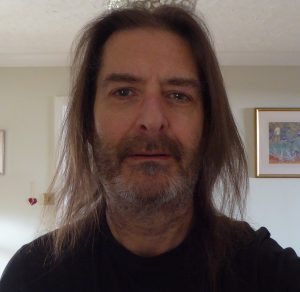 Visiting numerous supermarkets over the past few days really has been an eye opener. Watching people’s behavior and attitude demonstrated the worse in people. I have been fortunate up to now not to have been confined to my house though if I did have to isolate I know I have Prog and all forms of music on my side. A much preferred option to mixing with the animals posing as human beings at badly managed stores. Instead I have decided to focus on putting my next show together for www.progzilla.com

I have much to inspire me with the Corona Virus in full swing and all the conspiracy theories around it and the effects on humanity. Not least HRH Prog being postponed for which I have been planning since well before Christmas. I am absolutely gutted. The fourth anniversary of Keith Emerson’s tragic suicide is another reason and is somewhat intertwined in one of the theories. It was suggested to me that the virus has been spread by aliens who may be punishing us for destroying the planet. This made me think of Karn – Evil third impression. A tenuous link I know. And then there was the exciting news that Genesis will be playing some UK gigs which made me realize that I haven’t played Much by the top five 70’s whether you are self – isolating or not. I will also be raising a glass to all those with a more community spirit who unlike those panic buying out of the want to make a buck from it are a credit to humanity.  They inspire me. Keep yourself safe guys. To you all I send a huge cyber hug. The safest one to have so I’m told.