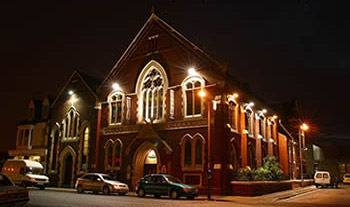 Phew!!!!!! Where do I start? A very busy day for the old Progmeister, and one that was filled from start to finish with music, laughter, and culture. Considering the location was not one of the major cities and staged in a converted church hall in the North East of England, six incredible diverse acts of  the highest caliber took to the stage and made the first ever Progmeister festival something very special indeed. 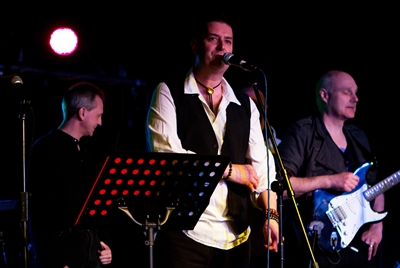 It was said by many people present throughout the day that there was a terrific vibe. I have to concur. It was almost tangible and spirits of both attendee’s and performers ran very high. From the doors opening at 1:30pm there seemed to be a great buzz and it remained there right throughout the day.

Glacier opened the event to a very unsuspecting crowd, some of whom had never heard of this well established local band who delivered a high energy and totally enthralling performance. Jenny King (the only female drummer of the day) kept up the electric pace of some established pieces by the band Whilst John Youdale’s guitar pinned the, at this time all too thin crowd to their seat. Lot’s of questions where asked later in the day about both Glacier and the next band to play, MOG. 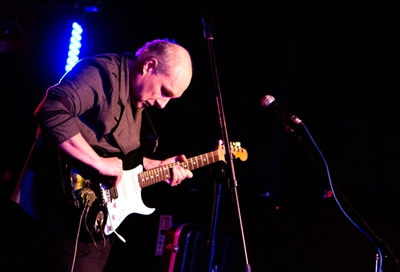 With military precision, as Glacier started to evacuate the premises Mog started to prepare for their more theatrical take on prog. And let me tell you, what a joy it was. I have been fortunate enough to have been privy to some of the band rehearsals for the festival coming up to the event and they exceeded even their own expectations. I did feel proud of this band as they are all local well seasoned musicians who played so cohesively through a very complex set. Head MOG man Phil Swinburne portrayed all the characters throughout the performance all about the sinister tale of Jack the vicar. Made even more interesting by the inclusion of a narrator. 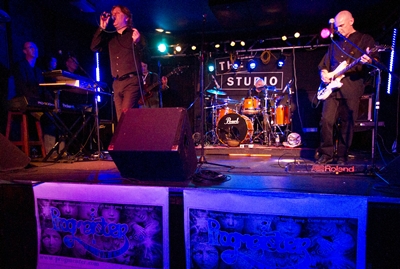 As the afternoon moved on other bands started to arrive backstage to unload their gear and limber up for their slot. Combination Head arrived as MOG were still playing. I am always reminded that when in the presence of this band that they are the real deal. Paul Birchall (The head, head) is without doubt one of the most charismatic musicians I’ve worked with. After smoothly yet meticulously setting up there instruments in a totally unconventional way set about playing the whole of their latest album Museum. Having totally blitzed the audience then played America by The Nice dedicated to The Progmeister himself. Mind blowing stuff.

As people came and went throughout the turn around of bands it was good to see the people from far and wide chatting over their beef burgers and beer enjoying the day. Although I overheard preferences at this point I never heard one negative comment all day about any of the bands performing. More could never have been wished for. 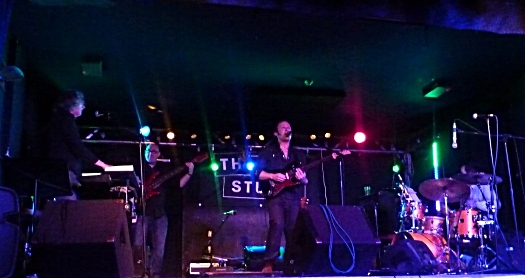 As John Hackett and Nick Magnus positioned themselves on stage armed only with a flute and a keyboard it became a source of wonderment that in such an environment you could hear a pin drop. Drawing from John’s “Checking Out Of London” album et al and Nick’s “Hexameron” and “Children of another God” the audience were lead through a myriad of quality moments including an astounding rendition of “Dreamtown” ably sung by Mr Tony Patterson himself, joining the duo on stage and also singing “Howl The Stars Down”, the conclusion of Nick’s “Children Of another God” album which was totally unrehearsed. None the worse for it I might add. I am both amazed and gratified that such virtuosity was not only so enthusiastically received but so vigorously applauded. 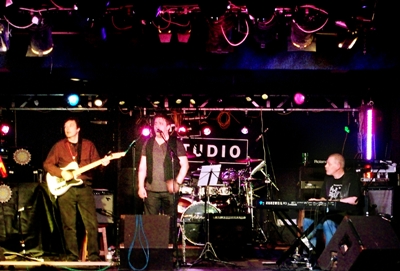 As John Hackett and Nick Magnus were setting up their sparse yet effective collection of woodwind and Kurzwiel, Guy manning and his musical commandos pitched their vast array of electronica, drums and instruments at the rear of the stage in wait. Just as well as there was a lot of bodies hit the stage during Guy’s performance. It was quite a nervous trip through the cables, mic stands, guitars, keyboard rigs etc for the poor old Progmeister to introduce them. Once there though, it was easy! Ladies and Gentlemen…Manning.

The band certainly took it from there. Not short on humour, Manning sailed their way quite literally in some points to an all too swift conclusion. Having no shortage of albums from which to draw materiel, the audience was treated to a rich tapestry of Guy manning’s huge body of work. The songs and pieces he played from Charlestown still fresh in our minds he also performed new songs which will be available very soon. Guy and his band were indeed a credit to the day. 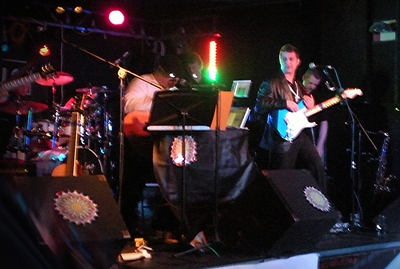 It has to be born I mind that Manning up until the last few days of the festival were to play last as the headline act. It was only a matter of logistics that Guy and the band volunteered to play pen ultimately. However, it is without doubt that all these changes were meant to happen as it assisted with the whole event being executed seamlessly.

How do you end such a day? Well, I would say with songs that make the hair stand up on people’s neck. Songs like “Watcher Of The Skies” and “Musical Box”. SoGabriel did just that and more. Bringing to the conclusion a magical day, a powerful and emotional finale was left in the hands of SoGabriel. 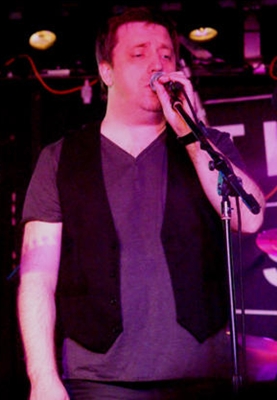 Let us discount the notion here on in that SoGabriel are but a tribute band! The Progmeister describes them as a highly skilled, original group of professional musicians Playing the music of Genesis during their most prolific musical output. Playing many Genesis and Peter Gabriel favourites until the very late hours SoGabriel brought to a close the very first Progmeister Festival.

Was it a success? ABSOLUTELY!

What about next time? Mmmmmmmmmmm? You tell me.

See what Mr Goodbluff has to say on the review page. 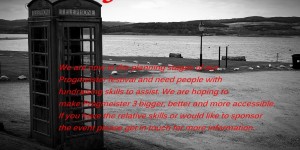 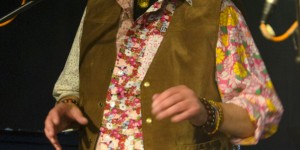 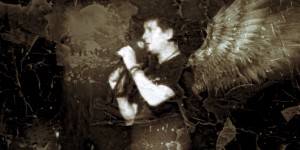 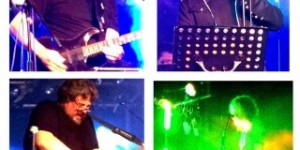