Progmeister is sad to hear of the passing of guitarist Peter Banks. Peter was the original guitarist with Prog legends Yes.

London, UK – Best known for his innovative and unique guitar work with YES and Flash, as well as his own critically acclaimed solo albums, guitar legend Peter Banks passed away at his home in London on March 8, 2013. Banks, a founding member of the ground breaking progressive rock group YES, performed on the band’s first two albums, ‘Yes’ and ‘Time And A Word’. He would go on to form Flash and release 3 well-received albums (Flash, In The Can, Out Of Our Hands), along with several successful tours of Europe and the US, culminating in an appearance on the widely watched late night American TV show ‘The Midnight Special’. With an admitted fondness for improvisation, music critics touted Banks as a cross between Pete Townshend and Wes Montgomery. Even Pete Townshend, one night after witnessing a YES performance, walked up to Banks, slapped him on the back and said, “You’re great!”

After Flash, Peter Banks would form the band Empire in the mid ’70s and eventually release 3 albums ‘Mark I’ ‘Mark II’ and ‘Mark III’. During his career, Banks would release 5 solo albums (Two Sides Of…, Instinct, Self-Contained, Reduction, Can I Play You Something?) and had been active in recent times working with acts such as Harmony and Diversity, Prog Collective, ANT-BEE and Days Between Stations. Banks first solo album ‘Two Sides Of Peter Banks’ has been considered by many as one of the great ‘prog’ records of all time and features an all-star line-up of Jan Akkerman, Phil Collins and John Wetton. In the early 2000’s Banks wrote his autobiography ‘Beyond & Before’ published by Golden Treasures publishing in the US. Peter was putting on the final touches of the log awaited live recording ‘FLASH – IN PUBLIC’ CD set for release on Cleopatra Records at the time of his passing.

“I loved working with Peter on the many records I have produced over the years, he always delivered amazing stuff, creative, inspires and always with that classic original YES flavor that came with his playing. He will be missed by me and many many other fans of his music and playing.” – Billy Sherwood

Peter Banks will always be remembered as one of the pioneers of progressive rock guitar and will be missed by musicians worldwide. 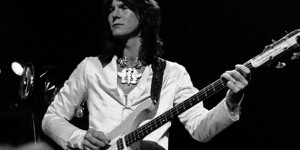 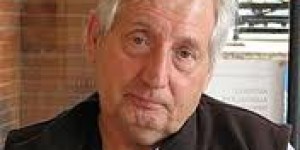