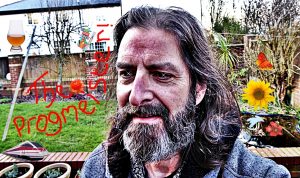 It will come as little surprise to those nearest and dearest that I am a dyed in the wool whisky lover. I mention this because I was once told by the head honcho of the Whisky club of Great Britain or some such institute that, and I quote “one should never drink a good malt whisky without a small dash of water”. This he informed me allows oils to rise to the tom and maximises the flavour of the whisky. I adopted this philosophy when I began as an internet DJ a few years back. Despite my shows always been predominantly Prog related I always slipped in a dash of fusion, jazz, pop, electro or whatever I think enhances the overall presentation. As a consequence, I was recently jibed humorously by one of the administrators at Progzilla for playing none Prog and threatened me with my P45.  His comments arose from me playing Duelling Banjo’s from the soundtrack of the movie Deliverance (1972). On the same day I was asked by one of my co-presenters how I formulate my show and it is with the same whisky analogy that I do so at the track selection stage. Of course, other influences come to bare too, like personal mood, experiences at the time of compilation, current affairs, new releases or new to me artists. In edition many tunes selected for my show are a result of protracted listening sessions with just me and John Daniels.

Lately though I have been wallowing in nostalgia and caring less and less of my critics for doing so. In recent years I have rekindled friendships with folks I haven’t seen in 40 years some of whom I shared important musical moments like gigs and albums with. This in itself has been a huge inspiration. Life experiences too influence my play lists like music I listened to when my children were little. This was brought to light recently when Andy Tillison requested a Spice Girls track to be played by one of my colleagues. Some of my choices like many DJ’s internet or FM are based around things that may have happened in the past and I site my now comical experience of being locked in a train toilet as the reason I love Big Big Train, though this is tainted by the memory of my late mum giving away my rather elaborate Tri-ang Hornby train set. You see, there are so many reasons to choose certain tracks and hopefully the majority of reasons are positive?

So, whilst playing some of my favourite Prog classics from the top six I also enjoy giving new and up and coming bands a crack of the whip too. This gives me an enormous buzz as there is little in the mainstream radio and TV to lend a platform to more free form music outside of the popular genres. This is why I became frustrated with the likes of Later With Jools (a UK live music TV show) because they claim to be diverse which to a large degree I suppose it is but you would never see talent on there like The Tangent, IQ, Marillion or even newer bands like One And Future Band. Why? Very likely because they challenge the criteria of the BBC in daring to push the envelope and dare, I say it longer form pieces. Since the demise of shows like Aquarius in the early seventies and later The Southbank Show less and less media exposure is given to the arts by the likes of the BBC who demand a license fee from the general public.  In more recent years a more balanced platform is given to artists of which I speak by the likes of Sky Arts and of course Youtube. This mentality was highlighted some years back when Elton John was berated for criticising a talent show stating that whilst it highlighted individual talents as singers and dancers it and shows like it did little to promote new songwriters and composers. I found myself agreeing with him. 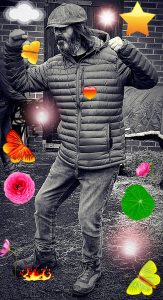 I am aware this is no longer my world to dominate as much younger people are coming along to influence change and just like I and many of you out there did by moving forward musically in our view from our parents we must hand them the keys to the car and let them drive.  That leaves us in the same position as them in that we have a wealth of music to look back on and celebrate. Of course, we must not become boring farts and close our minds to more youthful input. So, to end as I began with my whisky analogy, please don’t consider the music outside of the Prog boundary as the water and Prog as a fine single malt! That simply isn’t so, it is there merely to enhance what is already an enjoyable entity. It makes for an enjoyable world outside of Covid19, Brexit and the news. A world where I can play keyboards for Pink Floyd or play the guitar for Camel, drink till I am sick and fall asleep full of sweets. What ever gets you through eh? William and Meg, grab yourselves a Balvenie 1ml of water each, chill and tune in to The Progmeister!