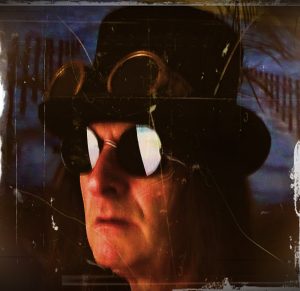 It’s been ten years now since I invented my alter ego The Progmeister. Blimey, ten years. Many things have happened in that time some great some not so great. Progressive Rock or “Prog” is a form of music I have enjoyed since childhood and as a consequence became incensed by comments made in a BBC documentary about the genre that I decided to start a website (Progmeister.com) to inform Prog fans about new releases and gigs etc. It wasn’t long before I started to review new releases and write a blog. Soon after that bands began sending me their projects and albums through the post for The Progmeister’s attention. This of course I do for the pleasure of it as do many others. I have never been paid for reviews and until lately enjoyed the process. 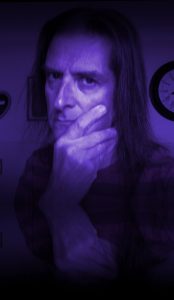 In my ten years as The Progmeister there have been many highs. On the back of my website I have met and schmoozed with some of my heroes and performed interviews. I have received many accolades via social media and via personal emails from those who I hold in great esteem. There have been some setbacks over the years the most major being hacked and having to close down the website a few years back renaming it www.theprogmeister.com which it has remained up till the present day. I have also been lucky enough to become friends with some of the musicians I have met on the back of reviewing their work and in some instance their appearance at The Progmeister festivals I organised a few years back. 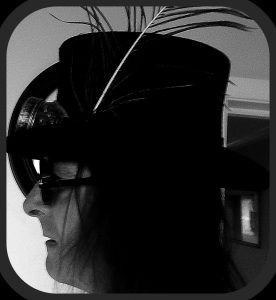 In many ways it’s been a rollercoaster of a ride considering I am not a journalist or indeed an authority on many famous prog acts. I am merely a health worker wishing to keep the spirit of the genre in the public eye and promote the immense talents of some truly wonderful musicians and artists. Of course not all things have proven to be so joyful and caused me some concern. Along with the positive vibes and comments received I was shocked when I was incorrectly judged and ridiculed and most recently referred to as “a crank”. However, this is something one must deal with if you put yourself in the public domain. I was surprised though when I found out that this was the feeling of someone who gave me the impression that he was my friend. In addition to this negativity there has been more and more websites, Social media groups starting up doing exactly what I set out to do ten years back. Hell, there is even another guy calling himself the Progmeister these days. I would have to agree that some of them do it a lot better due in no small part to my limited IT knowledge.

As a consequence of the above and being left with anxiety and self-loathing due to a bout of illness that damned nearly killed me in 2018, I find it a little harder to review music at the moment though hopefully this will be temporary. On a more positive note, one of the more recent highlights for me is being accepted at www.progzilla.com as one of their Prog Dj’s. Granted my show only goes out once a month but I am building a steady audience. My place as the newbie at Progzilla Radio is something that is keeping my Prog spirit alive and taking me off the auto-pilot of everyday life. The Genesis of The Progmeister ten years ago has been in Prog and biblical parlance a revelation as is reaching sixty years old. I started the Progmeister as fun and a vehicle to bring interesting music to those who may be interested. I hope that over the last decade I have achieved just that.