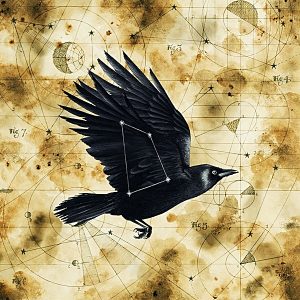 This album has been long awaited by BBT fans including myself for a while and based on their previous releases i did not want to write my review using promo downloads or simple slip case CD etc as so often can happen. Experience has taught me that in the past BBT albums are meticulously thought about, crafted and presented to their public so a disservice would have been done to them and any prospective purchaser of their new album Grimspound if i had done so. I reflect here on a quote from Steven Wilson whilst he once discussed his detestation of the download culture, “if you present something of value and not just a computer file then people will take pride of ownership”. That is so true of Big Big Trains ethos too and plain to be seen here with Grimspound. I pre-ordered the album quite some time back choosing the special edition clear heavy weight vinyl option and i am so glad that i did. Both sound quality and packaging are exceptional continuing along the Folklore livery concept designed by band member Andy Poole using once again paintings by Sarah Louise Ewing.

With Grimspound and many of their other albums too BBT have dragged the traditional style of Prog (Genesis, Caravan, Gentle Giant et al) into the 21st century stripping away the old varnish and giving it a brand new coat of their specific brand allowing it to be enjoyed all over again. Everything about this album screams quality. the attention to detail, production, writing, presentation and not least the music and the playing of it. In true Prog style songs are presented as mini operetta’s telling stories as they do about their given subject matter or historic events. Fear not though as there is no need whatsoever to sit and wonder what each of these grand pieces are all about  as just like an opera the sleeve/booklet notes inform the listener about their premise and in some cases a synopsis of how they came about. The first song Brave Captain tells the story of Captain Albert Ball a first world war flying ace. Arranged into three parts and of epic proportions Brave Captain sets a marvellous presence for the rest of the album. The atmospheric drones give way to a less quieter than anticipated overall sound that originally i found underwhelming. It wasn’t until David Longdon began to sing that i knew that all was well. 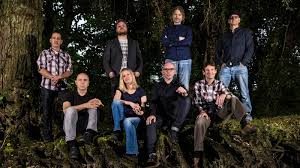 What sets BBT aside from many other bands of the genre is scale. A lot of what they produce is large, bold and breezy. Though, when they do slow and melodic they do it rather well. Rachel Hall’s viola at times reminding me so much of Geoffrey Richardson’s cheeky moves with Caravan. Indeed Rachel string playing throughout gives the band the flavour they have morphed into. Since their live shows in London the band have swelled in number and benefit from a larger pallet methinks. This became evident on their previous album Folklore and some songs and ideas not used for that project are here for our delectation. Not least On The Racing Line, a continuation of Folklore’s Brooklands. This is an instrumental depicting the tale of racing driver John Cobb. The impression of speed is reflected in the powerful interplay between Nick De Vigilio’s drums and Danny Manners piano. This piece throws out a huge sound stage filled with flute, violin, guitars and just about anything they can get there hands on.

Yet another extravaganza is the wonderful tale of Captain James Cooke’s exploratory voyage in Experimental Gentlemen. Again arranged over three parts and with all the grandeur of Brave Captain with a little extra vim and vigour. The title of the song is taken from Cooke’s description of scientists and botanists aboard his ship and along with Rachel Hall’s violin playing gives a very folk like feel to the whole piece. Title track Grimspound was another song originally written for the Folklore album but due to running out of space did not get included. A a consequence Nick de Vigilio’s drums were recorded at Peter Gabriel’s Real World Studio when the band recorded their Stone & Steel box set. To be they sounded a little more vibrant then the other songs on the album. No reflection on Rob Aubrey who i of course a legend when it comes to production as is his studio (Aubitt). A fitting title track and a testament to everyone’s musical dexterity.

Every now and again BBT manages to come up with a song that stirs the emotions and perhaps causing a lump in the throat and/or a smile to your face. Meadowland is one such song. From beginning to end it is simply beautiful. Peaceful and melodic Meadowland is a re-visitation of the song Uncle Jack From the bands English Electric Part One album all about David Longdon’s uncle, a miner who spent most of his life underground. meadowland is a reflection of how David’s uncle enjoyed his time whilst not subterranean walking his dog Peg. This is up there with one of my favourite BBT songs Swan Hunter which is praise indeed. Interesting note that this song was being recorded as news of Prog Legend John Wetton’s passing came through and as a consequence is dedicated to him. 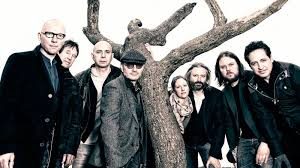 Prog meets folk in a massive way as David Longdon collaborates with Fairport lady and one time King Crimson collaborator folkstress Judy Dyble. Judy’s sweet lilting voice and David’s banjo playing move the band away from full on Prog in the first instance though not for the first time throughout the album David’s flute and some organ chops bring some Jethro Tull overtones to the fore. A song about family and loss makes it a compelling listen. present throughout the album is Dave Gregory’s edgy and ballsy guitar playing. At times understated Dave Gregory’s guitar is one of the mainstays of the BBT sound not least during the rather splendid As The Crow Flies where the guitar weaves sublimely through the mix. This song was beautifully penned by Greg Spawton and a highlight of the whole adventure for me. Rachel Hall augmenting her talents by singing here too.

Rikard Sioblom’s drafting into the band seems to have paid off. His contribution to the bands musical arsenal (keyboards, guitar, BV’s) further bolster an almighty force. however, it is good to see Rikard writing too. His collaboration with David Longdon on Meadowland and with Greg Spawton on the grand finale A Mead Hall In Winter definately brings about another dynamic to the mix. All hands to the pump as it were to finish Grimspound as it begun with a tale of epic proportions. Along with Nick De Vigilio’s powerhouse drums driving along a huge fulsome sound and Greg Spawton’s bass playing underpinning all as well as adding a dynamic of his own with his excavating bass pedals there are some great organ motifs and Rachel Hall’s great violin.

Big Big Train are greater than the sum of it’s parts. Yet when the sum of the parts are of such high quality individually the whole cannot be anything other than excellent. I rarely use words like masterpiece though i feel compelled to use it here. They may not be all things to all men as so many bands aren’t but Big Big Train have become a force to be reckoned with and have transformed an ageing musical genre into something in this day and age truly worth listening to. Grimspound takes Steven Wilson’s theory about pride of ownership to another level especially when considering the double heavy clear vinyl  version. Fans will adore this album and i am hoping it will attract some new ones too as it is interesting and beguiling to listen to and further fuelled my enthusiasm to see them live in London later in the year. A new adventure in Prog!