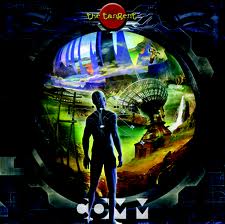 Well, Comm finally arrived at Progmeister towers and not a moment too soon.  The package under scrutiny here is the 180g vinyl LP which contains three of the major pieces from Comm and includes a cd of the whole album with two bonus tracks.  Also included is Andy Tillison’s intriguing solo album Murk. At £29.99 including postage it may seem by some to be a little steep, however this is a high quality collection of merchandise and I fail to see anyone being disappointed. We can confirm to you from the outset that after listening to the CD and then the vinyl album, the latter is simply sublime.

Everything about this album has been thought long and hard about. From the amazing art work courtesy of the extremely talented Ed Unitsky, who is without doubt the modern day Roger Dean to the internet campaign drip feeding tasters and information about the albums content and meaning.  Even after hearing hints of what was to come, the experience of listening to the album in its entirety was a revelation. Having watched the interviews on youtube with Andy Tillison’s explanation with regard to the various tracks on the album it became evident that no such explanations were necessary, such is the clarity of the lyrical content.

Better still than all of this was the music itself. This is full on, high octane music for those who love the highs and lows of what I would shamelessly refer to as proper prog. Yes folks it’s all here, ripping synth solo’s, blinding guitar excursions with a big hearted sound. Keeping with tradition the album opens with “The Wiki Man”, a twenty minute epic that to be honest blew my socks off. Moving through six different segments beginning with Prologue emanating CB radio frequencies at you to Andy Tillison’s delightfully rich sounding synthesiser flourishes and organ to the lightening attacks of Luke Machin’s million miles an hour guitar throughout the whole of The Wiki Man suite.

Moving on through the powerful Wiki Man into “Competition Watershed”, Competition winner Andrew Roussak plays an inspiring piano/synth solo which he submitted to the band as part of a competition they had set for musicians to record a solo to be included on Comm. A deserving winner if ever I heard one. “Edit Me Out” slows the pace down for a brief moment just long enough for you to get your breath back before launching into a very Greenslade like organ and Mellotron outing passing swiftly through “Car Boot Sale” and reprising the main theme.

“The Mind’s Eye” is a song I had encountered before whilst watching Tangent’s superb “Going Off On Two” DVD which I would also heartily recommend if you haven’t yet already bought a copy. I can describe this song as a romp. It really gets the feet tapping. I would recommend however that air guitar should not be attempted whilst listening to this song; you could do yourself an injury. A vast range of styles and influences are displayed throughout this amazing song and I hear a lot of jazz creeping into this and other songs on the album.

Jonathan Barrett takes a turn with vocal duties on “Shoot Them Down”, a moving ballad about the real people affected by Cameron’s austerity measures. I must admit to being moved by this beautiful song and it brought home the decay in our towns and cities due to the incompetence of overpaid bankers who will never share the poverty they have caused. This is very much a blues song methinks, Barrett’s poignant lyrics set against a steely organ and Luke Machin’s soulful guitar really hits the spot and demonstrates the dexterity of each member of the band.

“Tech Support Guy” is very much a caravan pastiche if ever I heard one. It did cause me to smile whilst listening to Andy Tillison’s enunciations bemoaning the lot of those saintly individuals frequently  called upon to right all the wrongs of our information technology systems. Guitar and organ interplay are nothing short of astounding and had me performing my Keith Emerson impression. Thoroughly enjoyable, a light hearted view of the tech support guy’s life.

The plight of Apollo 13 expressed in “Lovell Calls Houston” further demonstrating how important a simple thing like a two way radio is. I found myself using the beautiful full sized booklet as a programme whilst listening to Comm which contains interesting facts heightening the enjoyment of the listening experience even further. Theo Travis’s sax and Jonathan Barrett’s fretless bass give an almost west coast feel to musical interlude between “Lost Souls Calls Antares” and “Fire In Your Fingers” which moves into full on jazz fusion. The song melts into the thought provoking conclusion “Earth Calling Anyone”.

Bonus tracks on the CD only include “Spirit Of The Net” and a cover of the Genesis classic “Watcher Of The Skies”. “Spirit Of The Net” was originally recorded by Andy Tillison as a demo for the Comm project. It’s a rocky little number that would be right at home on a Bryan Adams album. It lacks the depth and breadth of the main recordings though enjoyable none the less. “Watcher Of The Skies” is performed for fun utilizing the oral skills Pete Greenwood and Phil Bernia both members of Yes tribute band SEYES. Some may view this as heresy; I would council that it should be treated as it was intended as a bit of fun.

Comm represents The Tangents best and most powerful work to date. The CD is beautifully packaged complete with a gatefold sleeve containing a superb 20 page booklet. The vinyl album contains the full sized version condensed version of the booklet and for the optically challenged such as myself is a joy to own and use. It also makes the best of Ed Unitsky’s magnificent art work.  I was pleased to read as part of the acknowledgements a reference to one of my favourite musician’s martin Orford. Yes martin, I fully agree with Mr Tillison, “the world still needs you despite COMMania”.

Whichever package of Comm you go for I can guarantee that you won’t be disappointed. However, if you have a decent turntable you owe it to yourself to get a copy of Comm to play on it. I wouldn’t hesitate for too long though. I have a feeling they will sell pretty fast. This is an essential purchase for anyone who adores full on prog. It’s worth spending a little extra and getting hold of a copy of Andy Tillison’s solo project Murk. If you like electronic music you love it. But, that’s for another day… 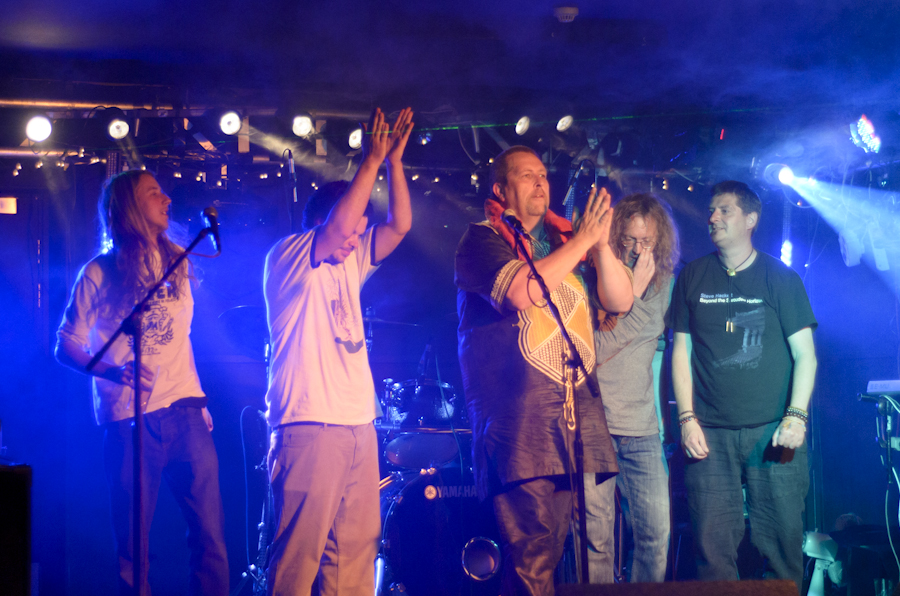