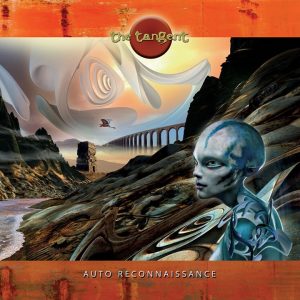 When one thinks of Progressive rock music one thinks of the seventies and fanciful tales of far off lands, of being close to the edge down by a river where confusion could well be your epitaph. It was easy to immerse your psyche in a Roger Dean landscape where dragons come out of the sky and stand there! The basic stencil of Prog is still copied though rarely bettered right up to the present day. It is easy to think of these musical fantasies being played by higher beings and to a point not of this earth.  Imagine then traditional forms of classic Prog and many of its original exponent’s roaming the pastures of Yorkshire and instead of swimming in a Topographic ocean bask more in the pastures and beauty of gods own land?  Such a world exists in the land of The Tangent where words of wisdom and myth are traded for matters of the real world and to a point the here and now. Headed up by keyboard supremo, singer and songwriter Andy Tillison, TheTangent’s rich heritage stems back to the first days of the noughties and now greet us with their eleventh album Auto Reconnaissance. 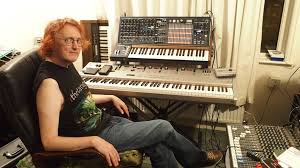 For the purpose of my review I refer here to the CD version of the album whilst I wait in anticipation for my vinyl version to arrive. What strikes me first of all is Belarusian of Polish decent Ed Unitsky’s unique art work and how he blends my description above with such imaginative imagery. The almost Martian-like landscapes meet the babbling brooks of the dales complete with Ribblehead viaduct and well, err, a flying dragon and an extra-terrestrial being included just for good measure.  Trading Jon Anderson’s mode of Zen Andy Tillison sings instead of personal experience, opinion, and history and in general world happenings both historical and present. The core of the band on this outing are Andy Tillison/vocals, keyboards, guitar, Jonas Reingold/ bass guitars, Luke Machin/guitars and Theo Travis/saxophone and flute, Steve Roberts/drums and percussion. All seasoned players with fantastic form. Beginning with the (what used to be called in the days of the charts) single Life On Hold, released ahead of the formal release date of the album for radio and media play Auto Reconnaissance treats the listener to some classic synth sounds the likes of which can be heard from many an ancient Prog boards man with or without the cape. A big plus is Andy’s original Hammond T1 played with gusto here. A great up beat piece about self-education and how all the facts we need to learn given any topic we choose or need. The cohesion of the core band members here is nothing short of staggering given that a lot if not most of this album has been facilitated through file sharing as a necessity due to lockdown and travel restrictions  brought about by Corona virus. Speaking of which, although the premise of this trail blazer may not be so it may well become an anthem for all of us who’s life as i write is indeed just that, on hold. 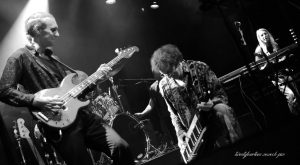 In Prog terms the opening gambit is short and sweet and a great prelude to longer form songs and musical adventures such as the almost Zappaesque Jinxed In Jersey. Here Frank Zappa’s style of musical narration is given Otley West Yorkshire forthrightness as opposed to Frank’s laid back Baltimore drawls. As with many Tangent songs landmarks and places take pride of place. This is a documentary of Andy’s stay in New York and the want to visit places more off the beaten track thing a dream to listen to. Being no stranger to New York I warmed to this song as many will. There is a Steely Dan element here potentiated my Theo Travis sax and elsewhere flute. Just how many styles can be successfully be melded within the confines of one piece? Well, Jinxed In Jersey does it in exemplary fashion. There is everything from the fore mentioned Zappa through King Crimson/Robert Fripp to hip hop. There are even nods to Canterbury scene style Prog here in heaps and even something rarely used in Tangent pieces a Mellotron pad though you have to listen out for it. At well over fifteen minutes it is something to sit and savour with a smile and the odd chuckle. Isn’t this what music is supposed to be about? Luke Machin’s searing guitar here is nothing short of stunning. 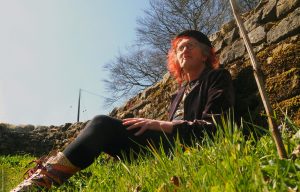 Next up is a love song, yes you heard me right, a love song and a rather good one too. Under Your Spell adds a little sobriety to the story so far. Simple piano and synth bass gives out a lush smoothness and tranquil soundscape emanating and not for the first time on the album there is a smooth West coast sound here. Jazz fusion peppered with the whimsical cheeky sound of Caravan and Van Der Graff Generator. Again, Theo Travis making it almost sexy with his sax solo towards the conclusion. Jazz guitar playing here is stunning and flows beautifully. Hats off to Luke Machin whose skill and maturity of playing betrays his youth. I am unaware of the meanings here whether or not it is meant as a personal relationship or the music industry? Either way it works. Continuing with the Steely Dan vibe The Tower Of Babel speaks of technology and our reliance upon it. Even down to the mundane task of online form filling and how it infiltrates most of the systems on which we all depend on an almost daily basis. There is a rather cute synth solo at about 2 ½ minutes in which has become quite an ear worm for me. The Tower Of Babel has a large and full soundstage with a powerful message of frustration and angst of the modern world but more than this it is put across in a highly musical way. Steve Roberts’s drums are rock solid here as they are throughout the whole adventure. The production of the album is on the whole quite linear which is commendable given the amount of information within. A feather in the cap of Tillison and Machin who I feel did a fine job. I have no doubt that compression was used though I am guessing it has been kept to a minimum as when the volume increases above normal listening levels it maintains its linearity. 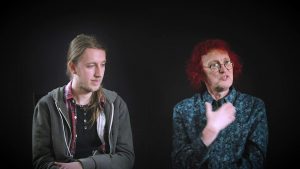 As with most Tangent albums there has to be an epic and there is no difference here. Lie Back And Think Of England echoes the dismay that older members of society who fought in the second world war must think whilst watching the news and hearing of the utter mess the world is in under the watch of inadequate governments at home and abroad. The Tangent revisits characters brought to light in previous albums such as In Ernest about a WWII Spitfire pilot at odds with why his brave efforts and legendary aircraft have been used during the Brexit campaign and his want to distance himself from it all. This is no 3 ½ minute single to boogie to, this is an opus of thought provoking story telling most of which is happening and relevant today and it comes in at just shy of half an hour. The band seems to let down their hair throughout Lie Down And Think Of England. Each member taking a turn at the wheel there are some staggering moments and when each one of them stand in the spotlight it reveals how amazing they are. The piece also features Matt Steady playing Ullean pipes. The solitary piano that concludes this piece captures the bewilderment of Ernest and indeed many of us showing the signs of getting on in our years as to the state of the world despite our best endeavors.  The social attitudes and lack of respect for each other, our environment and all that we have strived for.

So, how do you follow that? With something a little more uplifting I would say and thet is just what The Tangent did in The Midas Touch. A song about appreciation about the things we take for granted like nature and all its wonders. The biggest message to take from it is hope which during the pandemic is a welcome thing. The Midas Touch would not be out of place on the soundtrack album of Saturday Night Fever and features some excellent synth and flute. Once again The Tangent visit West coast fusion and it has to be said they do it oh so well.  The CD version of the album also includes a bonus track entitled Proxima. This is a very atmospheric piece with an almost Middle Eastern feel about the opening few minutes. There are traits of Manfred Mann within which doesn’t surprise me as Andy Tillison once owned a Mini Moog that had previously belonged to Mr Lubowitz himself. One gets the feeling of a jam session here and I don’t think I am wide of the mark. There are some great moments both dark and light. The piece represents a pleasant way to come down from a great tour de force, though it is a standalone moment easily identifiable as a bonus piece when playing the album in its entirety. An interesting thing i found whilst googling the words Auto Reconnaisance is the it refers to an armoured survailance vehicle which is something i would imagine without doubt would horrify the band.

I doth my royal Prog cap to Messrs Tillison, Machin, Reingold, Travis and Roberts and other supporting musicians I may not have been aware of. Of the many albums in their canon Auto Reconnaissance is quite easily the bands best yet although that is completely subjective. The mélange of styles and subject matter along with the superb art work by Ed Unitsky along with the band illustration by Sara Mirabbasi’s illustration of the band on the inner sleeve and booklet make for pride of ownership. Would I loan my colouring book to Andy Tillison? No I certainly would not. Andy does not like to colour within the line of the sketch with a pencil crayon instead preferring the intense colours and blurring of wax crayons. Challenging as he does the usual template for such music, Andy writes and plays from the heart. The Tangent’s form of Prog is more Earthbound and honest. I often refer to Andy Tillison as the Billy Bragg of Prog though his spirit goes far deeper than that. Despite the musicianship on display here there is no grandstanding, flash or glimmer. What you get is an album of modern Progressive music with substance, well made and executed. As a purchase for none Tangent fans it is a must, to a Tangent fan stricken with completism a foregone conclusion. In my view it is simply stunning. 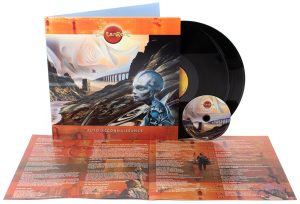