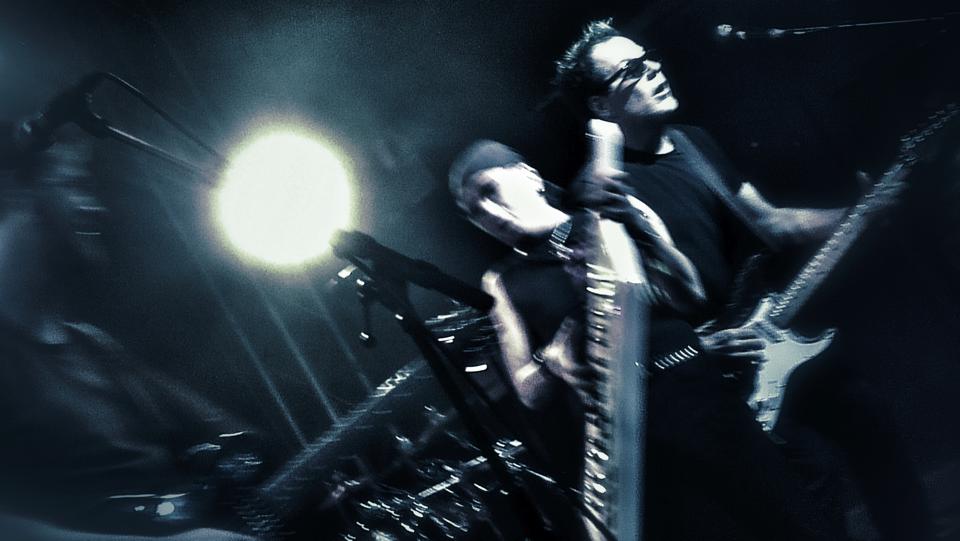 When i was asked if i fancied going to see Spock’s Beard at Newcastle’s 02 academy it was a bit of a no brainer. Having seen The Spock’s before at the CRS i simply couldn’t wait to get there. Imagine my surprise when my co-pilot casually announced the “oh yes, there are two support bands on too”. The evening was simply getting better. To my further joy i was then told that supporting Spock’s Beard would be Beardfish and Simon Collins band Sound Contact. I was on a high before the first note rang out.The music of both supporting acts was something i was totally unaware of as indeed was the new Spock’s Beard album. What i can confirm was the shear enjoyment and musicality of both bands. Beardfish seemed fresh and tight as a nut. A band i will definitely be exploring very soon. Simon Collins band too were totally cohesive the boy looking every bit the Flaming Youth version of his father Phil. Simon’s voice and solid drum technique echoed is striking resemblance too. Both bands had a slightly heavy feel than i am used too but i loved it nevertheless. 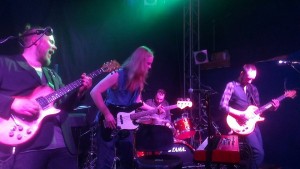 Beardfish a breath of fresh air 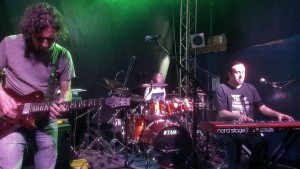 By the time Spock’s Beard hit the stage the crowd were well and truly warmed through and treated to a high octane performance by these seasoned Prog warriors. Together with their new homie Ted Leonard who first struck me as a Henry Rollins figure they wasted no time at all playing music from their latest album Brief Nocturnes And Dreamless Sleep. Something Very Strange was the first up and it was launched into like a rugby match following an all blacks type mid stage meeting and war cry. Having heard nothing from the new album this song was new territory for me as were the rest of the songs from the new album. Ryo Okumoto’s effortless keyboard playing was a joy throughout the whole evening and he also took on the mantle of cheerleader and master of ceremonies too. Without stopping for breath the second helping of the album was executed with gusto. I Know Your Secret really caught my attention and just like Ryo’s keys echoed in my head all the way home. 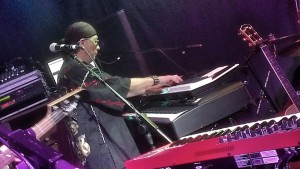 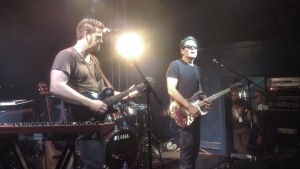 Dave Meros bass growled the whole evening too, it caused me to check my phone a couple of times thinking it was vibrating in my pocket such was it’s low frequency powerhouse grip. The band as a whole are without doubt one of the most together live bands i have yet to see. Dave Meros and Jimmy Keegan make for an exceptionally powerful and cohesive rhythm section whilst Alan Morse pitched up to be every bit Ryo’s musical nemesis when trading solo’s and stage antics. All of the pieces from the bands new album went down very well with the crowd namely Hiding Out, Submerged and Afterthoughts which i particularly enjoyed. Some of the old faves were played too, the most memorable being Distance From The Sun when Jimmy Keegan emerged from behind his drum kit to assume Dave Meros stage position whilst Dave replenished his stock of Budweiser. The harmonies throughout this song were every bit as good as anything i have heard at a Yes gig.  Jimmy Keegan proved himself to be as good a choir boy as he was a drummer. He returned to his kit to assist with the final song of the set, Waiting For You, again from the new album. Absolutely staggering. 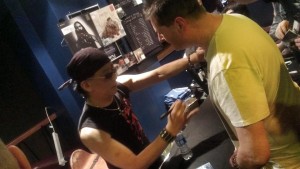 During the set Ryo handed out some free gifts to unsuspecting members of the audience, myself being one of them. So, despite not hearing the new album i ended up hearing most of the songs played live and going home with a special edition double disc which i managed to get signed afterwards. After some power clapping the band returned to the stage and finished the night off with Go The Way You Go. Ryo’s amazing keyboard playing and aerobatics drove the crowd mad which in my own opinion elevated him to legend status. Alan Morse too just seemed to be on fire and i much preferred the band in this incarnation than the last. Ted Leonard had all the hallmarks of Brian Adams and from time to time sounded a little like Chris Thompson too. Ted’s guitar playing wasn’t too shabby either. My only negative observation of the event is that such a band as Spock’s Beard deserves a larger stage to play on and a larger crowd to enjoy them. However, the audience they had could not be bettered. I managed to have a chat with the band at the meet and greet afterwards and complimented each one of then on their performance. However, it was meeting and chatting with Ryo Okumoto that thrilled me the most. The man has energy and spirit that is simply enchanting and i would urge you to bask in his genius whenever you can. What a great start to what i have designated the year of Prog!