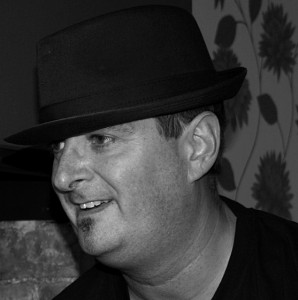 For the majority of people who follow the Progmeister’s writings there may have been a wondering as to just why there hasn’t been any in put these past couple of months. Well, the reason’s are numerous not least though is the fact that the Progmeister site had been continually attacked by Malware and the American hosting platform i was using was useless to say the very least. Their security was very poor and so was their support service. Every time the site was attacked it as costing me a fortune to get it back up on line. After the site went down on the last occasion i though enough is enough. I either wrap the site up or have a spell away from it and see how i feel about it after a couple of months.

I was all for wrapping the whole thing in when a little voice in the shape of Glacier bass man Bob Mulvey talked calm, cool and collected to me and not only give me valuable advice but along with his wife Julie rebuilt the Progmeister site for me and hooked it up to a much better hosting platform. So, what’s the major differences? The only major difference is in the title itself which is now www.theprogmeister.com

The Autumn period of the year has not been good for me on a personal level either and i had many issue i had to deal with. I have now reached a juncture where i feel a little more enthusiastic about writing again a look forwards to reviewing and posting on this blog a little more. I must admit that whilst i have been dormant and to a large extent a couch potato i have basked in some older recordings knowing that i wasn’t reviewing them and just enjoying them. The Flower Kings are just one of the bands i have been revisiting lately playing Starless We Are to death almost. I now plan to resume reviewing an albums that has already been reviewed my most of the music press that being David Gilmour’s  Rattle That Lock album. Watch this space pop pickers.

Another addition to the site will be NEBO. What the hell is that all about i hear you say? well, NEBO stands for North East Bake Off. Not at all like the Mary Berry baking fiasco i may add. Rather events set up for Hi-Fi/Audio enthusiasts which i organise twice a year in the North East of England. Listening to music via proper audio equipment is a dying art and is likely to die out with my generation as a way to enjoy and savour music rather than consume it. The NEBO addition to the (theprogmeister) site will give the event it’s own platform and allow a place to post updates and comments with regards to upcoming events and happenings.

The email address attached to the old site will now have disappeared so please use the contact form on the site for info regarding review submissions or general enquiries. I plan to set up a new email address for Progmeister matters within the coming weeks. Please share the information about the new site address to all whom you think may be interested.