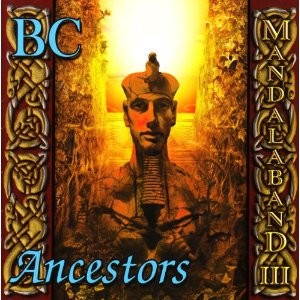 Somewhere in my loft is a copy of a vinyl record given to me by a friend many years ago.  It is called The Eye Of Wendor by the Mandala band, the driving force and founder of whom is David Rohl.

My memory of this album has been somewhat jaded by the passing of time, though I can remember that I used to enjoy its content very much. It was only by chance on a recent visit to my friend and Muso Brendan Eyre’s house that he mentioned the new album by The Mandalaband or Mandalaband 3 in its latest guise. Brendan played me a couple of songs and i was smitten.

I decided to check out the Manadalaband website to find out more. Having contacted them to acquire a demo copy of their new album, a copy of the bands previous album BC-ancestors was sent to Progmeister towers for our perusal. We have since been assured by David Rohl himself that a copy of the latest production is winging its way to us. In the meantime I decided to hear what the Mandalaband of the millennium sounded like.

Looking at the package as a whole I have to report that it is not shabby. This is indeed a quality item with thought given to all aspects of the whole experience. Comprehensive notes and credits leave the listener wondering about nothing with regard to what the album is about or the myriad of musician’s contributions. The biblical mood is beautifully captured by Ed Utininsky’s formidable artwork and artist who by now must be heralded as the new Roger Dean.

BC-Ancestors Mandalaband III was recorded 2007-2009 and is described unashamedly as symphonic rock. This became evident from the first few bars of the overture simply entitled Ancestors. Mr Rohl himself gainfully employed here on piano and synths aided and abetted by a Stella cast of quality musicians set the mood for the following thirteen fascinating musical excursions.

“Eden” finds David in fine voice sounding not unlike the late Eric Woolfson. Indeed the album does have a feel of The Alan Parsons Project.  Orchestration throughout the album is exemplary ranging from being eerie to downright epic. David Rohl and cohort Jose Manuel Medina blended huge orchestration with traditional instruments to make a massive historical picture in the listener’s mind’s eye.

Great to hear Woolly Wolstenholme Playing and singing on “Nimrod”. This song is certainly as good as anything he ever did with BJH and finds him assisting with the orchestration duties too. Woolly certainly left his mark on the album singing both this track and the finale “Roots”. “Shemsu-Har” puts you right in the middle of the desert gazing at the sphinx, pyramids and the grandeur of the Valley of the Kings. Such is its power and majesty. Indeed many of the tracks on this album fail in no way at all in sharing mood provoking atmosphere.

A perfect example of this would be “Akhiyawa” in which David Rohl again utilises modern electronica with traditional instruments demonstrating his vast experience in musical texture and timing to create a vision. The guitar playing throughout the album is nothing shy of spectacular. Ashley Mulford (Sad Café) Played some blinding guitar breaks throughout, yet showed a delicate almost blues touch on the delightful “Elissa” which finds David singing in Harmony with Barbara Macanas.

If you are interested in history, and like me become involved in the musical landscapes conjured up by composers who work with film and other such media, then BC-Ancestors by the brethren of musicians known as Mandalaband 3 is an absolute must have. It is a compelling listen and exudes quality both in its production and presentation. The songs on this album represent the history of the world 5,000 years before Christ. I can’t wait to listen to the next edition AD-Sangreal. Watch this space. 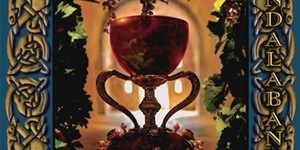