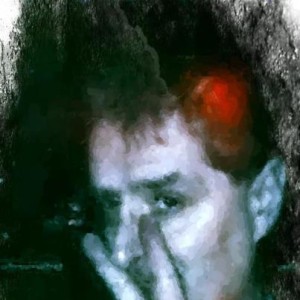 Well, 2012! it rained, rained and then rained some more. Floods and hurricanes, New York nearly reduced to rubble and endless blunders by the criminal fraternity purporting to be our government. For me personally it has been a very mixed year dealing with many personal issues with regard to everyday life, health, family,and other issues. All of which took it’s toll on my role as The Progmeister.

What would 2012 have been like without music? As John Miles correctly said in his amazing song “Music”, music got me through. I have struggled to keep the content fresh on the Progmeister site due to there being not enough hours in the day amongst other things that is best not gone into. However, i have recently taken solace and encouragement after being shown a review of Progmeister2 in the September edition of Rock Magazine and the fact that so many artists still send me their albums for review. As i write, i have two albums awaiting review (Inside The Whale by Alistair Murphy and Cinematic by Lebowski) both of which deserve bringing to the attention of Prog/music lovers everywhere. 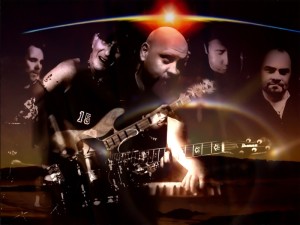 As much as i love the big players in our beloved genre i feel it my vocation to draw attention to those less fortunate to have the backing of music moguls or record labels. After all, isn’t this what the late and very great John Peel used to do? 2012 spawned some fabulous albums by some of Prog’s Royalty. Steve Hackett, Keith Emerson, Asia, and Peter Gabriel spring to mind. Though it has been bands like Big Big Train, RiverSea, Nine Stones Close that have infused originality, quality and diversity into the present music scene. An alternative to the X-Factor culture methinks. Should my endeavours bring some of these artists to the attention of a hand full of people i  will consider my mission as “going well” though not entirely complete. 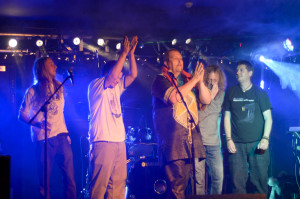 The highlight musically for me this year was Progmeister2 and despite not having the attendance i would have liked was a roaring success. I am and will for ever be very proud of the event which i think of as a Prog jewel bedecked with musical diamonds. I have them all to thank, Matt Stevens, Tony Patterson and his great band, Jeff Green and a large contingent of The Illegal Eagles and of course the now legendary Tangent. Words can’t express the gratitude i have for them all and their amazing talent. As the year draws to a close with it’s many tribulations and being close to throwing in the towel i wanted to say a personal thank you to some special people for making me do otherwise. Firstly my good lady Nel for having the patience of a saint and instilling confidence in me. My very good friend Brendan Eyre for not letting me stray from the path of Prog, Sally Collyer for being a constant support and encouragement and for her kindness. To Tony Patterson who through the unity of music has become a really good friend and last but certainly not least Andy Tillison for being the musician he is and what i would aspire to be. His vision and the love of the same things as me. I raise a glass to you all. You have all made me glad and proud to be the Progmeister. 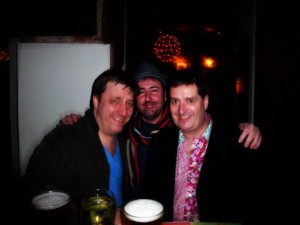 2013? Will they be Progmeister III. The answer is i simply don’t know yet. I had planned it for October/November but the big guns of Prog are all staging events around that time and the way that the current financial climate is people can’t afford to attend everything. fear not though, if it doesen’t happen next year i will be planning something special in 2014. I have many ideas in my head as i usually do, it’s just making them happen! If there are any promoters out there who would like to help or anyone with fund raising skills or simply well connected.

Have a peaceful and wholesome Christmas and amazing New Year Progmeister readers, bands, musicians and absent friends. My heart and spirit is with you all. 2012 eh? What a year that was?