They say all good things come to an end and recently North Eastern musician Tony Patterson decided to hang up his Slipperman suit to concentrate on his own projects entering a new phase of his musical career which includes little or no live performances. Being in a Genesis tribute band especially one of the biggest and successful in the business can be hectic and distract you from your day job which in Tony Patterson’s case is being a full time composer/writer/musician and of course husband and dad. Here are some of Tony’s thoughts on fronting ReGenesis and his reasons for quitting the band. 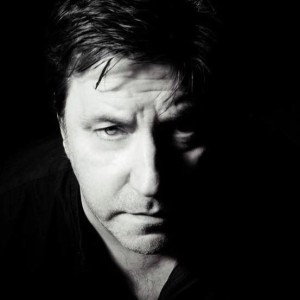 My new album had just been released and I was starting to write music for a new project. Having to work on the Lamb was becoming a bit of a drag. We’d started off with a nice collection of gigs but eventually this was reduced to just a few. I took a deep breath and got on with the job in hand. It was October and it was showtime! The shows were fantastic and the positive feeling in the band was the best it had ever been! However I knew this was it for me. My time with the band was reaching its conclusion. After the tour we were offered a weekender at the famous Half Moon in Putney in June 2017. Because of the lack of shows on the tour we decided to do it. It would be the Lamb on Saturday and a classic Genesis set on Sunday. That Sunday was a weird day. Tinged with sadness because I knew it would be my final shows with ReGenesis but also the horrible events at London bridge the night before. It was also a celebration. Celebrating my years with the band. Getting the previous singer, Glyn onstage for the encore was wonderful. I swear there was a tear in my eye during the closing section of ” Supper’s Ready”. However I knew I’d made the right decision. It was getting to the point were I no longer needed an old man mask for ” The Musical Box”. Also, the Genesis tribute band world has changed so much. And not necessarily in a good way. I’m very proud of my time with ReGenesis. When I joined them in 1998 there were very few Genesis tribute bands around. Now I feel there are too many. I will miss the band. I will miss Doug’s evil sense of humour, I will miss Nigel’s brilliant drumming and I’ll miss the new boys. We laughed a lot. Sadly, for now Supper has gone cold. The Musical Box has wound down. But, as they say, It’s only knock and know-all…but I like it! Over and out.