Tony who? Who’s he I hear you say. Well, Tony Patterson is the vocalist/flautist with one of the most successful Genesis tribute bands in the world, Re-Genesis. If you haven’t yet seen the band I would thoroughly recommend you do. I travelled to his hometown Newcastle Upon Tyne where upon we chatted all afternoon and well into the evening about all things prog. Tony not only plays with Re-Genesis, he is also a writer/composer of original material and has appeared on albums by John Hackett and Nick Magnus. I met up with him in his favourite haunt overlooking the Tyne, here is what he had to say.

PM.  How did you get into the music scene?

TP.  Well, I started to learn the flute at the age of ten and then later studied music at Newcastle. I played keyboards in some local bands, one of them being Carillon. None of the bands did very much and didn’t last very long. I composed materiel of my own though it wasn’t until I became involved with Re-Genesis that I became involved in the Genesis music scene in a serious way. My wife Angela always knew I could sing and thought I would be good at fronting a band.

PM.  How did you become involved with Re-Genesis?

TP.  It was back in 1998. Re-Genesis was already established as a band, though at the time they were in a state of flux as their singer had left.  Norman Glover sent Doug Melbourne (Re-Genesis keyboard player) a tape of me singing and I was asked to travel to London for an audition. They liked what they heard and it wasn’t long before we were rehearsing. Unlike their previous singer I could also play the flute which is handy for some of the really early Genesis songs.

PM.  Tell me about your album Ra. What inspired you to compose what could be described as world music?

TP.  I am passionate about Middle Eastern music. And to be honest I wrote the music for what I like to think of as a movie that hadn’t yet been made.  The title Ra gives the album a feel of portraying Ra the sun god. In fact I had most of the pieces recorded and it was just a title to hang it on. I enjoyed making it very much. It sold quite well too, especially in Holland.

PM. Yes I’m very fond of it. It’s got some beautiful driving rhythms on it hasn’t it? Some wonderful textures too.

TP.  Did you know that I had recorded a couple of albums before Ra?

TP.  Yes, unlike Ra they were song based albums.

PM.  How did you land the gig with John Hackett? Some of the songs that you sung on “Checking out Of London” were fabulous, especially Dreamtown.

TP.  John wanted Peter Gabriel to sing 0ne particular song on the  Checking Out Of London album. However, Peter’s availability and the fact that he would probably have cost a fortune meant seeking out alternatives. Nick Magnus who played keyboards on the album had attended a Re-Genesis concert in London and told John to check out the singer. He may be just what you’re after. John came to see the band in Sheffield and a few days later i got a call from John and was asked to attend an audition at his place.

TP. Absolutely nerve racking! We chatted  in his front room and it seemed no time at all before we were in his studio recording. He’s a fabulous musician. I remember playing at the Boardwalk in Sheffield with John’s band and towards the end of “Jacuzzi” I was struggling to keep up with him in a flute duet.

PM.  I was at that gig and it was a brilliant night.  What was it like playing with Steve Hackett that night?

TP.  Excellent.  I thoroughly enjoyed it.

PM.  Back to the subject of Re-Genesis. Have the band now disbanded? I ask this as I thought that your recent gig at The Studio with RetroGenesis was amazing.

TP.  No, I am still very much a member of Re-Genesis. My involvement with RetroGenesis is at present being honed into a vehicle for Peter Gabriel’s music.

PM.  Is that why you included some Peter Gabriel songs into the set?

TP.  Yes.  The idea is to evolve the band in that direction, which is totally different to what Re-Genesis are all about.

PM.  What props do you have in total?

TP.  Errrm, Let me see now! I have some that belong to Re-Genesis and some which belong to RetroGenesis.  I have bat wings, a huge flower headdress, and a box head piece which was made for me by RetroGenesis keyboard player John Lewis.

PM.  What happened to your Slipperman suit?

TP.  The Slipperman suit was sold by our manager on ebay.

PM.  I remember seeing ReGenesis at Newcastle opera house a few years ago playing The Lamb.  I thought you were great. All the projections that you showed that night must have cost a few bob?

TP. Yer, I remember travelling down to Kent to record material for some of the slides. I actually appeared in some of them.

PM. Have you ever met any of the other members of Genesis?

TP. Yes, I met Peter Gabriel when we were rehearsing at real World. . He’s nothing like the man you see on stage. He’s quite a shy retiring person, a really nice bloke.

PM. How did the recording go for Nick Magnus’s new album go?

TP. Very well.  I recorded three songs for the album which I have to say is Nick’s best album to date. I also appear on the video which can be seen on Nick’s website.   Nick is really good to work with. He’s a perfectionist. We had a good time whilst recording.

PM. Do you plan on recording anymore solo projects?

TP. A big yes. Definitely. It’s an area that I want to start developing because I can’t dance around with a flower on my head for ever.

PM. Apart from the obvious, who would you say are your biggest influences?

TP. Not at all who you expect really. I would say Ravel and Bach.  Mainly classical music.  I love orchestration. I was very fortunate enough back in 2006 to have won a competition for new composers.  As one of the winners I got conduct the BBC concert orchestra at Angel Studios in London. I’m very proud of that. What an experience.

PM. What do you think of the current prog scene?

TP. I’ve got some Re-Genesis shows coming up and a few other projects in the pipeline including the So Gabriel project.  I have been doing some work for Carrie Melbourne who plays Chapman Stick. I have been helping out with a track called Declaration Day. She is excellent, check her out.

PM. Will do Tony.

PM. What are you listening to at the moment.

PM. Well I think that’s about it. Another pint Tony?

Prior to the interview Tony gave me a couple of discs. One being a copy of Ra and the other a little gem entitled Excellent Words. Watch this space for a review of the latter. I thoroughly enjoyed interviewing Tony. He’s a good man to spend your Saturday afternoon with.

Want to know more about Tony and his music? Check out
www.tonypatterson.co.uk 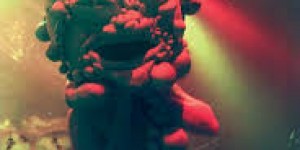 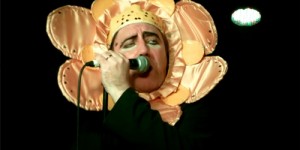