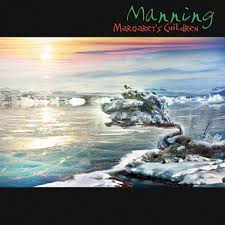 The last time I had chance to chat with Guy Manning was backstage at The Progmeister festival in March. I remember him being animated on that occasion about the project he was then currently working on which transpired to be his latest album Margaret’s children. Following fast in the wake of “Charlestown” Manning’s last tour de force, Margaret’s Children isn’t merely a listening experience; the album is a continuation of another of Guy’s venture’s “Anser’s Tree”. In fact within the pages of the superb booklet just below a comprehensive family tree illustration is the words Anser’s Tree II. As with all Manning albums elaborate sleeve notes explain all.

The accompanying booklet includes another work of art and illustration by the now legendary Ed Unitsky and completes a very favourable package indeed. Looking at the credits there appears to be many fingers in the pie, though I suspect that guy himself plays the lion’s share of the instrumentation. The overall sound benefits from the inclusion or real instruments amidst the samples and various electronica. Indeed Steve Dundon’s flute playing and Guy Manning’s Ian Anderson inflection in some of the pieces included here really do give a Jethro Tull feel which I personally enjoyed.

I must admit to my mind being tricked into thinking that Guy was going to start singing Billy Idol’s “White Wedding” following the opening few bars of  “The Years Of Wonders”. This full blooded opening gambit has pace aplenty. If there is a subtle way of charging ahead with all guns blazing then this is it. Guy plays some great keyboards on this storming introduction to the inner workings of Guy Manning’s creative imagination. The densely layered plains of this composition are richer for the Ian Walters fiddle playing and the urgency of Marek Arnold’s sax.

Momentum is fully maintained by the semi-folk “Revelation Road” I have to take my hat off to Guy Manning, his writing ethos remains prolific and as much as I liked the last album “Charlestown” I found “Margret’s Children” far more accessible, memorable and dare I say it, Lovable. Should Manning get round to releasing a single then this surely has to be a strong contender. Along with a crisp acoustic guitar and sharply etched vocal there is an almost gospel feel to certain parts of this song and the album as a whole benefits from its different and quirky nature.

For those of us who love Jethro Tull (myself included) the rather lengthy opus that is “A Perfect Childhood” will ring many bells. At just over seventeen minutes long it tells the real life tale of Edith Cavell who ever she was. This kind of intrigue adds to the mystery of the album. In true and lovable prog tradition themes within themes are contained within this song, which at times remind me so much of E.L.O. Many twists and turns had my speakers dancing a jig again demonstrating some really great moments. As it is by far the longest piece on the album I would council that “A Perfect Childhood” demands more of the listener’s attention.

Following such a massive musical excursion the tempo is brought down a little in what could be seen as a musical interlude in the form of “A Night At The Savoy”. The sweet silky tones of Guy Manning’s good lady Julie King brings about a subtle and sensual lounge feel to the eclectic mix of short stories. Quite an oasis in what I think is an intense and full soundstage. However, having caught your breath its back to serious matters and my perception of “An Average Man” is that of tragedy. I think it is a sad tale expressed very well in a jaunty English way. Something I feel that our European, Eastern block and American cousins can only aspire too. There is a great string sound in this piece similar to the old ARP string ensemble (Solina) that many of you may remember? Along with Marek Arnold’s saxophone it contributes to a lush colourful palette of sound in this yet again to this abruptly terminating, intense drama.

Representing the opposite idea of un-plugged is “Black Silk Sheets Of Cairo. This is Manning powered by radio-active Isotopes. Galloping through this fun and wildly animated Arabic tale replete with flutes, clarinet and some great synth sounds. It lightens the mood before presenting a more serious finale to a fascinating series of interesting tales. Concluding the album is the apocalyptic “The Southern Waves”. A fitting climax to an altogether intriguing and thought provoking storyboard that draws in the listener enticing them to want to know more about the content by reading the print off the accompanying booklet and links to the Manning website. Guy Manning’s keyboards and yet again Marek Arnold’s clarinet along with a burning guitar solo courtesy of Chris Catling draw to a close manning’s best work to date, I kid you not!

It has to be said that “Margaret’s Children” does suffer as some albums do from being very dependent on which playback equipment is used. I have to confess that I didn’t enjoy the album as much whilst I was listening to it in the car. I found that I was more aware of the drum software and missed out on a lot of information. Listening to it at home via headphones or hi-fi it sounded more like it should, large and very grand.

I have three other albums awaiting review and fear that I may have to delegate the job due to the fact that every time I attempt to play some music “Margaret’s Children” is first into the machine. Do I know what it is all about? No, not a clue! Who knows what goes on beneath the cap of Guy Manning? When I get round to it I’ll make it my business to find out, until then I am going to enjoy the album on its musical strengths alone. 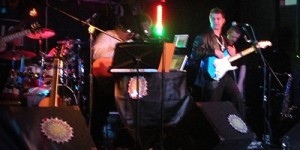 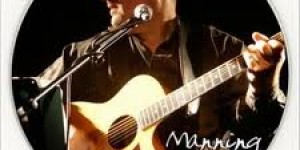 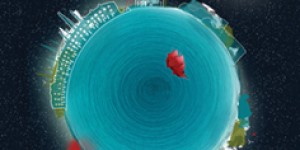