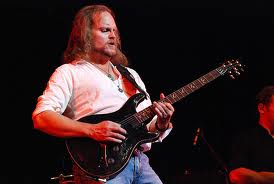 I recently had the pleasure of talking to one of the nicest human beings in the music business Jeff Green. I travelled north to Whitley Bay, braving my phobia of fog, where Jeff was playing with the Illegal Eagles. Jeff was there to greet me on my arrival and guide me backstage where the other band members were busy preparing for their performance. We made ourselves comfortable in the changing room and engaged in a lengthy discussion.

PM: Thank you so much for the interview Jeff.

JG: No problem, thanks for coming along.

PM: Tell me about Jessica, given the subject matter being about the loss of your daughter it’s not at all what I expected.

JG: Yes, when I set about recording the album I wanted to capture pride, anger and acceptance. Myself and ex wife, Jude, experienced many emotions. Jude suffered the trauma of having to go through the birth knowing that Jessica’s heartbeat had stopped. I think you know what I mean, Phil Chelmsford tells me you have been through something similar.

PM: Yes, my first little boy, Ben, lived only a few weeks after he was born having developed respiratory distress syndrome, so I am in tune with your pain. Was this expressed in songs like ‘On this Night’?

JG: Very much so. You can hear anger in other songs too like ‘Tomorrow Never Came’ and ‘Prittlewell Chase’.

PM: ‘On this Night’ reminds me very much of Pink Floyd’s ‘Animals’ album, I noticed that you included the sound of a car speeding away at the end, its that symbolic of wanting to get away from the situation?

JG: Mmmm, Pink Floyd are a huge influence on me and that’s an interesting observation. My style is very much like David Gilmours I’m told. The car signifies the fated night that I left the hospital to tell Jude’s parents what had happened. I was forever driving along Prittlewell Chase which is the road that Southend General Hospital is on.

PM: I think I dealt with my grief by running away. Sometimes literally jumping in the car and driving away at speed.

PM: To be honest if someone handed me a copy of Jessica and told me that it was a new Camel album, but for a few exceptions i would have believed them.

JG: That’s been said to me before. I was given some of their stuff to listen to but i just couldn’t make the connection. Perhaps i’ll have to have another listen to it when i get home.

PM: You just don’t see it then?

PM: I notice that you used a 12 string acoustic on ‘Pride’. It seemed to represent the feeling of ‘Pride’ very well. Do you think that certain instruments do represent certain emotions?

JG: I’m glad you said that. Yes, that’s exactly what I wanted to achieve. Yes, there are certain instruments I use that represent emotions like anger etcetera like the guitar synth. Are you au fait with Prokofiev?

JG: Peter and the Wolf is a great example of using instruments in such a way.

PM: Yes, you’re so right. There are some fabulous keyboard sounds on the album. Is it a real Minimoog being played by Mike Stobbie?

JG: Yes, I was very lucky that Mike agreed to play on the album. I went over to his place to record the keyboard parts and there was his Minimoog sat there like an antique the pieces that he recorded with which appear on three of the tracks sounded great.

PM: How did you manage to persuade Mike Stobbie to play on the album?

JG: Well, I’ve known Mike since 1997 when we were doing some work for a Carpenters tribute band.

JG: Yes, really. I would be sat in the corner playing ‘Roundabout’ by Yes and Mike would join in. We are both Prog fans. We stayed in touch and when I needed the keyboard parts for ‘Jessica’ I just called him and he agreed to do them straight away. He’s a good guy.

PM: He uses some fantastic keyboard sounds throughout the album doesn’t he?

JG: Yes, I remember listening to them and re-recording all of my guitar parts to bring them up to the same level. He raised the bar a little.

PM: Despite the age of digital technology and being able to record in isolation all of the components on the album are very cohesive. There is a synergy between all of the players?

JG: Thank you for that. I was real lucky to have them play. Phil Aldridge is on there too playing piano.

PM: Tell me about ‘Terrepin Station’.

JG: ‘Terrepin Station’ is my studio project and the name that fronts my business. When I invoice folks for guitar lessons they are all through ‘Terrepin Station’. It’s named after a Grateful Dead song, have you heard it?

PM: No, I have never listened to the Grateful Dead.

JG: You should check it out. It’s awesome.

PM: Tell me about the album you are working on at the moment. Is there a story behind it?

JG: Oh yes, it is. My dad was involved too with writing etcetera. The album contains songs about Mnemosyne the Greek goddess of memory.

JG: Well Steve, I’m going to have to go, I’m due on stage in ten minutes. See you after the show? Come back stage and meet the guys.

I watched Jeff’s faultless performance with the Illegal Eagles which I thoroughly enjoyed. It made me think how good it would be if Prog bands commanded the audience that matched the numbers of this band. We talked at length afterwards and really felt that we both had a lot in common on many levels. I sat for half an hour in my car writing my notes hoping that the fog would clear, to no avail. Worth the trip though. Jeff Green is the nicest man I have met in the music industry. I would recommend checking out Jeff’s website and indeed buying a copy of ‘Jessica’. 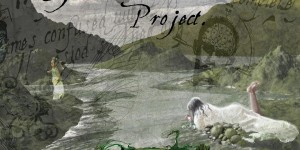 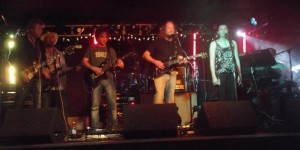 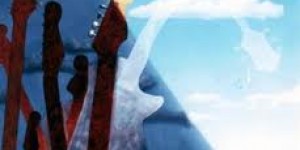