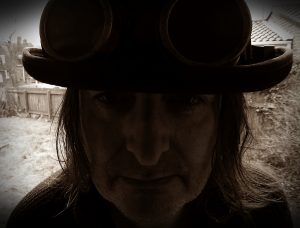 Apocalyptic yes, though nearer the truth than we care to think as far as our Prog and mostrecently pop heroes are concerned and as they pass away. In some cases this is due to the natural aging process and others like Keith Emerson, Richard Wright, Sid Barrett, Chris Squire, Greg Lake, Peter, Bardens and most recently Keith Flint and Mark Hollis of Talk Talk an absolute tragedy. The list is endless. It was inevitable that we would get to this juncture eventually and unlike rock, classical, opera and pop music the genre of Prog as we know it especially those of us like myself who have grown with the bands, will be harder to pass on to future generations. Loved and cherished bands that still keep the Prog flag flying and / or long form musical pieces are moving into the phase of maturity that in some cases may hamper creativity. Of course this is but and opinion and not fact based though my observations are made on the fact that the past few years it is becoming later and later in the year before new music that stimulates me is released.

Yes, I realise that this may be subjective and based on my own musical tastes though what I have noticed is that more and more traditionally Prog based bands are morphing into a different guise. Lord Wilson himself once regaled dark tales of ravens touring the globe with elaborate art laden stage sets has cut his hair and announced his love of Abba. A jibe maybe folks though more and more bands and artistes are morphing into something different than they set out to be and in some cases for the better. Though it has to be said in some cases not. In my opinion there are only a handful of bands left able to write and record stimulating music and record it well and that is no shame. And it isn’t as gloomy as I make is sound either. There can only be so many a time a theme can be recycled and honed into a new passage of music before it becomes a cliché and the milk of Prog is fast drying up at the tit.

So where does this leave us? In a pretty good position as 60+ years old dudes as there is still some decent music filtering through, though not as copious as a few years back. There are still some great bands to see live though this in its self is better for some and not for others because of geography. More and more venues are closing their doors because of crippling costs and overheads the demise of the classic rock society based in the Rotherham area is testament to just how difficult it is maintaining and funding such enterprise. The cost of travel and overnight stay can be a decider for many fans who once attended gigs every week or month now cherry pick to those they can afford. It is fantastic that bands loved and cherished are being corralled into festival type events which make it easier to see legends play alongside smaller yet none the less loved artists.

Indeed the end maybe nigh though just like pop, classical and opera, we have as Prog fans a rich heritage to reflect upon, to celebrate and enjoy well into our dotage. All of the pomp and circumstance and memories etched into our minds with every new purchase or gig attended to the icons living or dead. From the excited kid who spent his pocket money on the single of Sylvia by Focus on the day of its release to the silly old sod with a lump in his throat and a tear in his eye watching Camel at the Royal Albert Hall last year I am so grateful for what I have experienced throughout the years. My view is not a morbid one, which is of pondering my own demise or those whom I hold in great esteem, more of a practical view and one which allows my thought process to accept that “hey, it’s ok to reflect and live in the past a little”. It’s a damn site better place than the here and now and as for the future????  With the music industry being in the state that it is in we have to count ourselves lucky to have had such an amazing journey. I honestly believe that we had things so much better than the kids of today in that we witnessed innovations and experienced so many wonderful things that help music grow and dare I say it progress? The music scene and music in general is far different from how we knew it and our mums and dads before us. I would suspect that fewer musicians are full time now and have a day job to fund their passion with full time musicians having to diversify in both their live and compositional work. Both are admiral and I doth my cap. And in the wake of a mass shooting in Chistchurch New Zealand and risks of flooding and global warming I am heading back to the land of Grey and pink via the Topographic Oceans there I will bask in its glory. 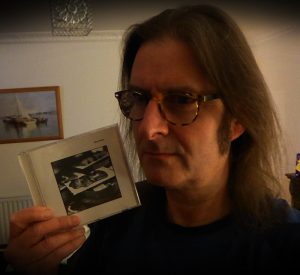 RIP Mark Hollis. One of many tragic loss.