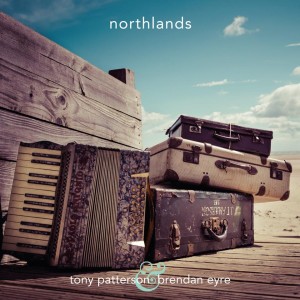 It’s amazing and sometimes heart warming when you haven’t seen a baby for a while only to be presented with a toddler and eventually a fully grown adult. It causes you to reflect on their childhood, their youth and ultimately their maturity. Northlands is just such an experience. I have followed this project with great interest, intrigue and like many with great anticipation. I have witnessed the first seeds sewn, the birth and watched the project grow via social media listening to sound bites and being captivated by the images portrayed. Now i see before me the fully grown entity, the produce of a labour of love. Beautifully packaged and utilizing Howie White’s wondrous photography skills the booklet included exudes quality and is a fine example of the thought gone into every aspect of the production. The booklet contains a brief premise of what Northlands is about and of course a list of contributors of whom some are fairly unknown and others legends.

Tony Patterson is perhaps best known as the front man for Re-Genesis, though sadly not fully appreciated for his day job writing and recording TV and film music. Tony has in the past released some great albums of his own the most interesting being Ra, whilst Brendan Eyre has recently collaborated with singer song writer Marc Atkinson forming Riversea and later with Nine Stones Close. Check out Brendan’s solo album Ghost Ships. 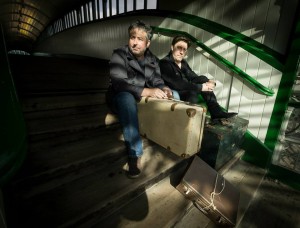 Northlands is a perfect melt of both Tony and Brendan’s musical directions and couldn’t have complemented each other better with both musical idea’s and styles.

Of the nine pieces on the album the opening opus Northbound is by far the longest at twenty four minutes long though it is nicely bridged into different sections. Brendan Eyre’s delicate piano opens out into a grand overture which is both mood setting and cinematic. This orchestral and picture painting intro Three Rivers and Time and Tide build to a suitable climax before the first of the atmospheric bridges moves the piece seamlessly to Homeward Bound and the first hint of the narrative soulfully conveyed by Tony Patterson’s sweeter than  usual Gabrielesque voice. The whole piece is captivating and many of the guests on the album appear throughout Northbound and their individual contributions make the components of the piece something very special. Take The Safe Way Home sees the boys turn things up a notch with a healthy beat and some mean string sounds culminating in a fairground sample which empties beautifully into Tony’s Rhodes and flute playing. Something that will raise a smile on fans of Camel and Caravan methinks. Tony’s harmonies on Recall along with some great bass pedals and sustain move beautifully into The Crossing where Brendan’s mandolin, Dave Clements bass and Nine Stone Close man Ade Jones on nylon 12 string bring Northbound to a lump in the throat inducing climax with Three Rivers reprise. Keys legend and ex Steve Hackett band member Nick Magnus lending some great Mellotron and keytar sounds before delicate piano tones herald the finale modern suite. 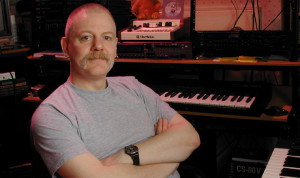 Phew! what’s needed after that are some bite size interludes and none better than The Northlands Rhapsody. A perfect example of Tony Patterson’s orchestral skills. Here we find him doing what he does best with his ability to paint huge pictures and at only 2:14 long it is set perfectly in the set after Northbound to allow a resting point before the rest of the shorter pieces on the album. A very dark and yet again atmospheric sample aided by some glassy Rhodes sound morph beautifully with the sweet tones of Carrie Melbourne (Mike Oldfield) adds a lilting charm to what becomes a vast and consuming soundstage, Tony Patterson’s orchestration moving me physically in my seat only to return to a delicate conclusion.  I did find some of the samples reminded me of IQ. Only fitting then that IQ’s bass man Tim Esau appeared elsewhere on the album. 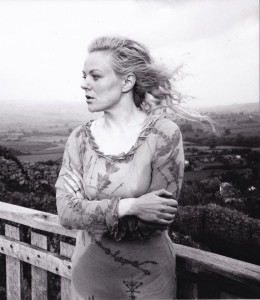 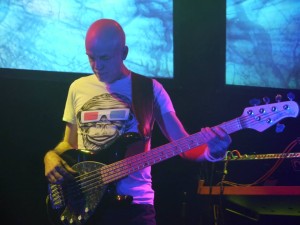 Art forms the basis for many of the songs throughout Northlands none more so than And The River Flows. Tony Patterson’s pleading voice and crisp piano ease the mind. Simple, tranquil and a wonderful sense of peace before Tony’s lighter and bluesy view of the North East with A Rainy Day On Dean Street lightens the mood in a dark kind of way. This really is a cheeky representation of true life and sometimes hardship in a North East city yet hints at a romantic notion are displayed and the song benefits from it. Great too that Tony managed to persuade North East legend Fred Arlington to play flugel horn and sax. Fred is well known in the bars and clubs in Newcastle especially Dean Street so it is only fitting he came out of retirement to add his lazy tones to this great song.  Great piano playing too by Doug Melbourne who makes for an almost Supertramp ending to the song. 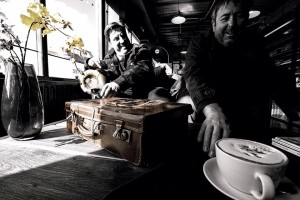 After such levity it’s back to business with a celebration of the railway and trains. Perhaps one of the North East’s biggest legacy to the country if not the world hence the title legacy. This piece really does give you the impression of being on a train and celebrates the splendour a necessity of trains. As the steam train arrives in the right hand channel and disappears in the left a sense of nostalgia is invoked. All seems represented here, the engineering, the heritage and momentum of the device. From the metronome rhythm and pace of the  piano to the huge and colourful string climax intertwined with John Hackett’s subtle flute playing.  Even the sample that concludes this journey has a steam engine pulling away as a metro train arrives at the station hinting at progress. I found this piece quite stirring and indeed throughout the album became quite emotional. A testament to great composition, scale and timing.

Back to my earlier reference to art. I Dare To Dream is just that, dreamy and spacious. Tony Patterson’s voice calming and soulful. Many of images conjured up in my mind are of French black and white art house films. Fitting then that accordion sounds are used which lends itself to the accordion strapped to Brendan’s back in Howie White’s brilliant centre spread shot of the booklet. Arlington’s flugel horn again giving a sleepy feel to the song with some bongo’s adding to the mood.  I have to confess that if i was put in a dessert island disc scenario with the album this may well be the song. 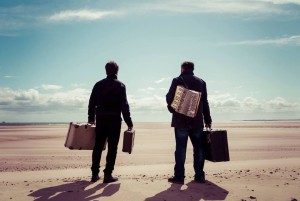 However, the penultimate song So Long The Day would not have been out of place on any Steve Hackett album and features the man himself playing in his unmistakable style and blood curdling emotion found on many of his own pieces. This passes the hairs on the back of the neck test with ease and along with the Mellotron opening is without doubt a nod and a wink to a life time of influence and inspiration given generously by a man who befits the status of legend. Almost as to reiterate the original intention and celebration the final word is left to Brendan Eyre’s fluid piano and accompanying gulls to bring to an end the Northlands journey. 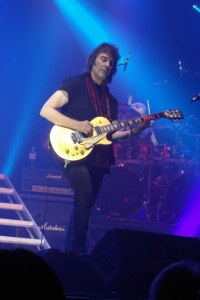 Within the same month of Pink Floyd’s final album being released comes a musical adventure from two relatively unknown musicians who have sculptured a masterpiece from raw materials which deserve as much recognition as Pink Floyd’s swan song. From the premise of the tale to the honing of each song and nuances there within Northlands is a breath of fresh air. It isn’t bedecked with searing guitar riffs or exciting drum solo’s or wailing female pop singer wannabe’s. What it is defies category, it is beautiful, delicate, thought provoking and a joyful journey for any music lover. Northlands exceeded all expectations for me and any listener will find with each listen it will grow with you and you with it. As implied throughout the images on the cover this is very much a musical journey. In conclusion, when ever i hear Mark Knopfler’s Local Hero i am made to feel proud to be from the North East. Northlands does the same. I couldn’t simply recommend this album, i simply wouldn’t want to be without it. 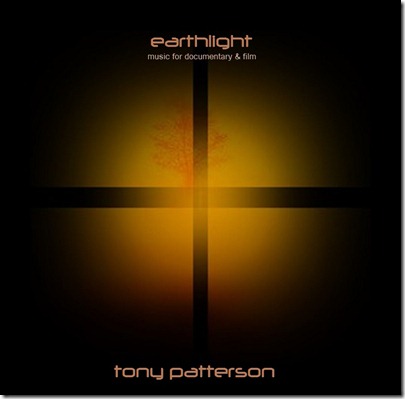