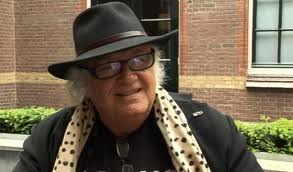 Legendary progressive rock veterans FOCUS are set to release their new studio album FOCUS X on November 5 via Eastworld Recordings. With their unique progressive rock Focus manifested themselves at the start of the seventies as the most successful and the most appreciated of all the Dutch pop-rock exports.

The band is fronted by founder and musical genius Thijs van Leer. Their hits include the instrumentals, “Hocus Pocus”, “House of the King”, and “Sylvia”, and their timeless albums include “Moving Waves”, “Focus 3” and “Hamburger Concerto”.

A new Focus era has arrived. There is a rejuvenated passion in the new compositions that adorn the new album “Focus X”, which features a full scale Roger Dean painting on the cover. Thijs van Leer commented “It’s a thrill to have finally completed Focus X; we are all ecstatic and looking forward to playing the new material on the forthcoming Focus X Tour.” This album – and the following gigs – will surprise the loyal fans. They will hear once again all the classic Focus tunes and they will be surprised at the strength and depth of the new material. “Our music is evolution, not revolution”, Thijs van Leer once said about the music of Focus.

After a comeback which resulted in the well received albums “Focus 8” and “Focus 9”, the band is now back on the frontline, with a fantastic line-up. Also back on the drums is Pierre van der Linden, who is internationally renowned for his rhythmic skills, and is still a defining factor in the Focus sound. Bassist Bobby Jacobs, who stems from a well-acclaimed Dutch musical family and guitarist Menno Gootjes, who participated in Focus at an earlier stage, completes the band’s current line-up.

Focus X is released on November 5 via Eastworld Recordings.