In my last blog I discussed how the pandemic appears to have honed the production and creative skills of many musicians. Such an almost science fiction scenario in which we find ourselves living could only spell misery surely? Well, my own experience has been a very mixed bag and despite the whole world being in a state of disarray. The slowing down of home life and the things that affected me so badly in recent years are starting to untangle and peace along with some clarity taking their place. Despite being called a crank by someone who once posed as a friend to being shunned by some who were once close to me, age and wisdom allowing inner peace and the ability to celebrate who and what I have in my life. Tragedy in my own life and those whom I hold most dear to me has altered my thought process. The isolation caused by the two major lock downs actually helped rather than cause me any trauma.

I have often read about music therapy and always been very keen to promote it. Seeing something on the telly, social media or reading about it is one thing, experiencing it is another. Over the last eighteen months I like everyone else lived through the toilet roll crisis and the cuing for limited tins of chopped tomatoes and yet I allowed myself to take some steps back from it. I have always listened to music since the age of seven when I would sneak down in the early ours and played my sisters singles on the radiogram. Just like the experience witnessed by the exceptional quality of music being released at the moment due to more intensive focus rather than deadlines I feel I am experiencing the same culture. 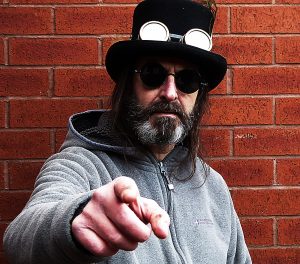 I am now focusing more intensely on the music I am listening to. I am getting more from it as a consequence. Not only the musical complexity of fusion and electronic music but the meaning of songs and their lyrics. As I get older, I am developing a greater appreciation of the meaning conveyed in song both recent and old favourites. I can only describe it as being like working underground and having to dig your way to the surface.  The glee of seeing the light can be very elating. In a way music has in the past few years given me the ability to understand myself and what others see in me. Not the first time I have encountered self-analysis though music has invoked this in a more spiritual way. Immersing myself in the rich heritage of Prog and pop music recently made me realise that I am in no position to forgive anyone due to my own imperfections nor do I seek forgiveness. Powerful stuff, eh?

Whether it’s Abba or The Zutons the healing power of music is immense. From the three-minute pop song to a twenty-minute Prog epic the pandemic for this writer has shone a bright light on some old favourites giving them vivid colours and clarity as well as appreciating new music with a more grateful and accepting attitude. I sometimes find it hard to comprehend that some artists have now switched from using their music as a vehicle to vent their spleen to social media as a platform for their views on politics, sexuality and many other subjects that maybe left at the door as it were? I am at odds as to why some artists want to do this as it alienates some fans who may be dedicated followers and find themselves in conflict with the artists views.

I also consider myself very lucky indeed as over the years I have become friends with many people in the world of Prog not least some of the bands and artists themselves. One such artist is Tony Patterson freelance musician best known as the lead singer with ReGenesis. Tony and I ended up staying in touch after he played a couple of festivals that I organised and remain close friends to this day. Tony has taught me so much about music in its many forms and though my sternest critic is a valuable guide and mentor. The pandemic has been especially hard for Tony because he is coping with his wife’s debilitating illness (MND) as well as keeping up his endless creativity. 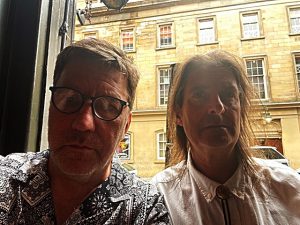 For those who may consider me a crank I say this, What I do and who I am when I don my steam punk hat and become the Progmeister is fun. Remember the concept of fun? It’s what makes people smile and sometimes even laugh. It is something I do for pleasure not gain. I do it to network new talent and new music as well as celebrate the old. If that is what being a crank is then that’s me, I am a crank. A loveable one though, someone who doesn’t knowingly mean anyone any harm,