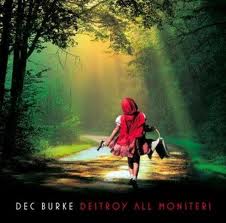 I must confess to knowing little about Dec Burke and when we received “Destroy All Monsters” for review I was intrigued to say the least. My first impression whilst I was driving with it playing in the car was one of surprise and apprehension. However, once I was armed with a mug of peppermint tea and sat comfortably in front of my hi-fi all the apprehensive thoughts took flight.

The album kicks off with the trail blazer that is “The Last Time”.  This massive opening gambit would not be out of place as accompaniment to a CSI type crime drama. Fast moving with just a hint of Prog metal this mean and moody piece sets the pace for a large majority of this well put together and packaged album.

Having pinned me firmly to my chair the gentle introduction to “Winter To Summer” give me pause for breath before regaining the pace of it’s predecessor. The song demonstrates Dec Burkes adept touch with not only guitar and keyboards but as a very competent music technologist. I make no apology for suggesting that this too could very easily be used as a James Bond theme. Dark and powerful it throws itself headlong into the next track “Signs Of Life”.

The thunder and lightning being stirred up by Ark man Tim Churchman on drums project “Signs Of Life” from the confines of the speakers and aims it right at the listener. Clever keyboard and electronica prevent this tsunami of a track from being full blown thrash. This is somewhat contrasted by “Something” which is as close to pop as Dec Burke will allow himself to become, though I suspect Simon Cowell would not allow his acts to sing it on X-Factor. Praise be! 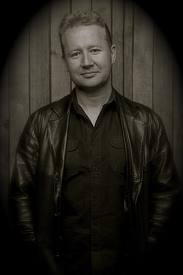 “Open” brings the pace down a tad and finds the ex-Frost man singing an atmospheric almost holographic ballad. The feel and style is maintained throughout the following piece “Promised. Eerie would be the way that I would describe this song and it has a nice synth solo included for good measure beautifully played by Carl Westholm.

“Small Hours” is very easy to like. I found that it is without doubt, the most bright and breezy song on the whole album. I was reminded by the chorus of Carly Simon’s “Let The River Run”. There is also a great guitar solo in the middle played by Hywel Bennett. Not I suspect the famous actor. I felt that on this particular piece that a great deal of dexterity and deftness had been shown which allowed a showcase for a great musical unit.

Moving on to the concluding title track “Destroy All Monsters” brought to an end to a daring and mysterious collection of mainly steel edged songs which I fear may represent the darker side of life. After the second proper listen to this album I found it compulsive and I found myself doing something I hadn’t done for many years, referring to the superb cover for inspiration with regard to images represented by music and lyric.

I am unsure if there is a storyboard to this dark, exciting and intriguing album but I intend to find out. I may even ask Dec Burke himself. Watch this space. In the meantime I suggest you get on line and order yourself a copy.