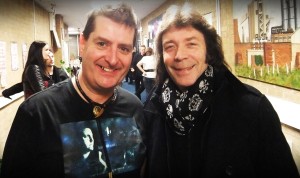 On a very cold Saturday evening in February myself and Riversea keyboard ace Brendan Eyre set off for South Yorkshire to attend the Classic Rock Society awards evening. Little did we know what a magical evening it would turn out to be and one that we will both remember for a long time. As we pulled away and headed south we both automatically assumed that we both remembered the way. Not so. As we steamed towards Sheffield we stopped to consult our smartphones in a bid to get to the Montgomery Hall in Wath on Dearne in good time.

On arrival i met with up with Andy Tillison and his lovely lady Sally Collyer managing to get a brief chat about the progress being made on the forthcoming Tangent album. As we spoke John Young arrived and i managed to have a good chat with him about lifesigns. As i entered the main hall it was only a few moments before the lights dimmed and Magenta guitarist Chris Fry and his brother Dan took to the stage armed with acoustic guitars. As they both took flight i was instantly intrigued and quite taken with what i heard that when told to do so by Stephen Lambe i instantly rushed to the merch table and bought a copy of Chris Fry’s acoustic album Compositions. It’s been playing in the car ever since. 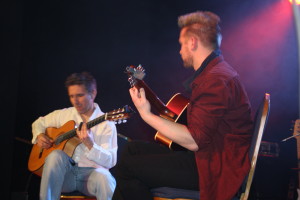 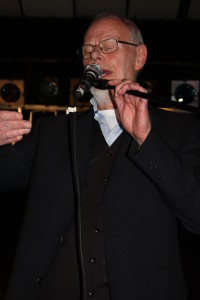 shush! The wise one is speaking.

As Stephen Lambe and fellow CRS cohort Steve Pilkington started to prepare everyone for the coming announcements they introduced Bob Harris to the stage which in my humble opinion added considerable kudos to the proceedings. Bob is someone whom i have a huge amount of respect for and proved to be a great raconteur. It did make me smile when either Stephen or Steve suggested that it will be good not having to get up for school in the morning having listened to his voice. I remember those Tuesday evenings very well. As the proceedings continued the recipients were handed their coveted perspex trophy’s in the following order………… 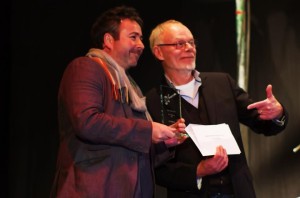 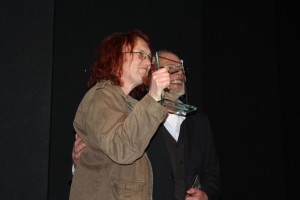 All very worthy winners though i have to admit that Brendan Eyre picking up the award on behalf of Marc Atkinson and himself for best newcomers (Riversea) made me feel very proud. I have known Brendan for a long time and know that he is a great composer and along with Marc thoroughly deserved this accolade. The other award which i think was a long time coming was the award given to Andy Tillison for his outstanding contribution to music. This was voted on by the committee of the CRS and again thoroughly deserved. Few people have given so much personally to progressive music than Andy and it was a joy to see him receive his award. 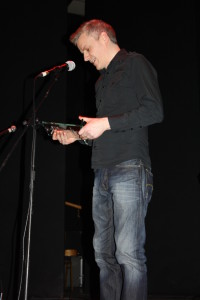 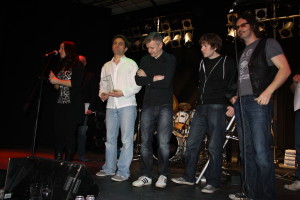 Magenta swept the board.

Given the fact that i have postponed this years Progmeister festival i listened with renewed vigour to Jon Patricks war cry of a speech and left the hall inspired. Before i did so i managed to have a good chat with Steve Hackett and his lovely wife Jo who are about to start a busy year. All this topped off by the amazing Magenta who left little wonder why they swept the board in the awards. there set was stunning as befitting their award winning status.  All in all an epic adventure and one that encouraged to once again join the CRS after many years absence. It was great to meet some of the many people who contact me via Progmeister and FaceBook. The journey home was sombre with Brendan at the wheel reflecting on a great evening and playing some great tunes in the car. I must just end by apologising to anyone whom i was loud and/or rude to. This was brought about by consuming my usual amount of Guiness with newly prescribed medication. I have since been reprimanded by my GP.