Just for the record! 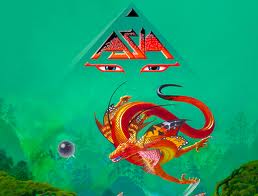 Thirty years ago Asia was a dirty word to me preferring instead the pomp, excesses and eccentricities of the bands that i then believed had been betrayed and abandoned by the four elements of Asia. I thought then that Asia had sold out. It wasn’t until a few years ago that Riversea keys man Brendan Eyre dragged me along to an Asia gig in Newcastle Upon Tyne that i dug out my old albums and gave them a whirl. i soon started to collect some of the ones i had missed out on and after seeing them yet again at the High Voltage festival became a bit more of a fan. Hard to believe or accept that it is thirty years on since those adolescent prejudices occupied my mind and what a u-turn i have since made on the matter. It is those thirty years thar Asia are celebrating here with a new album aptly entitled XXX which to you and i and all Romans means thirty.

For an in depth explanation of each track of the album in a much more accurate way than could possibly be described here i must point you the way to www.johnwetton.co.uk were John has kindly given the exact details and credits. what you read hear is The progmeister’s view of said songs. As usual these days there is more than one media option to enjoy the album on the first being the gold old CD then the CD special edition and the much welcome vinyl record. The special edition CD has two extra/bonus tracks and a DVD containing a featurette describing the making of XXX and promo footage. I have to say that the footage shot of the band in almost eighties pop video style really comes across as amateur and extremely low budget compared to the quality of the album. The last option is of course vinyl and by far my preferred choice.

Artwork is by the legendary Roger Dean and makes yet another case for buying the album on Vinyl were size really does matter when it comes to enjoying the colour and splendour of such design, skill and imagination. That said, which ever format you choose it is still about the music and this album speaks for itself. Asia have always recorded grand anthemic tunes which tend to raise spirit and shouts the message of each song form every roof top what ever the message may be. no change here then? Well, with one exception, the optimism is palpable and in the present climate a welcome change to the drudgery being some of the other big bands. Such bright optimism can be heard from the outset following Geoff Downs alluring keyboard intro of the opening trail blazer “Tomorrow The World”. John Wetton seems to have got his second wind on this album, his voice seeming more powerful and soulful and along with Carl Palmer’s thunderous drum sound and Geoffrey Buggles excellent piano and Hammond sound really get this album off to a flying start.

It would be easy for any erstwhile listener to mistake some of the songs as being from the American side of the pond should they be heard on the radio for instance. Two or three of the songs could easily be mistaken for Styx or Toto songs and that is no bad thing. it is only on close scrutiny though that it could be no one else other than Asia. None more so than “Bury Me In Willow” which is my personal favourite and a song i very much identify with. This to me is a dream of a song and Geoff Downs bridge giving it that extra pomp and circumstance making you reach for the volume control for just a little more purchase. Even the risk of unemployment which affects many of us at the moment is given a different slant in “No Religion” were the angst of such a prospect and the way that people may deal with it is given some thought. A dreary and depressing subject? Not the way that Asia sell it. This song really moves along apace reminding of something that the later version of Genesis may have attempted with Aabacab though it must be said that Asia do it with a little more balls!

Steve Howe plays to his usual standard throughout XXX and one of his major writing contributions is the the beautiful “Faithful”. With it’s Buggles style opening and some great slide guitar it is perhaps the one songs on the album that may not appeal to most. Listened to in a certain way it may appear trite and cheesy, however, i think it is yet another song which extols hope and optimism. By contrast the uplifting I know how you feel is a joy to listen to, Geoff Downes stabbing Wurlitzer sound invoking a Supertramp style quirkiness with said MrDownes slipping into buggles mode yet again. Should you choose to buy the special edition of the CD package a midnight version of this song is included as bonus track. Very nice for those who love an alternative version though i feel that it’s inclusion at the end of the special edition is misplaced and detracts from the climax of the album in it’s form without the bonus material.

“Face On The Bridge” seems to be the signature tune of the album and it is a cracker. This is classic Asia and will appeal to their many stalwart fans me included. Geoff Downs panoramic keyboards give way to another Abacab -like beat courtesy of the Wetton/Palmer rhythm section whist Steve Howe’s aging yet nimble fingers drive the song to a very satisfying conclusion with some steaming guitar. For those who buy the special edition i would council that you give the promo video of this excellent song a miss. keeping up the tempo John Wetton sings about his favourite bolt hole “Al Gatto Nero” (The Black Cat) which i am lead to understand is where John likes to escape from the trials and tribulations and enjoy a nice Italian meal. Starting out with some grungy sounds this song certainly bops along in true Asia fashion and a credit to John’s writing skill as well as showcasing just how good as a band they really are. Indeed throughout the whole album there is a sense of musicians contributing in equal measures rather than vying for poll position as i sometimes feel they have in the past. 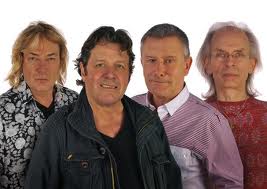