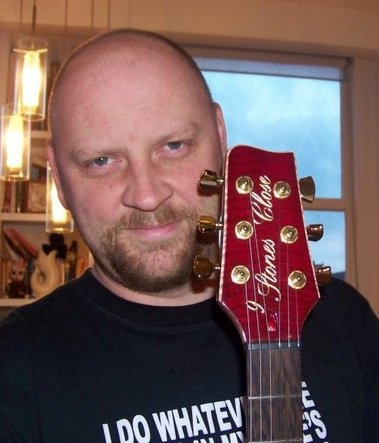 Following on from my recent review of Traces by Nine Stones Close I got in touch with Adrian Jones who is to all intense and purpose Nine Stones Close. Being kind enough to call me from the Netherlands one cold and bitter eve, here is what he had to say.

PM. Hi Adrian. Many thanks for the call, how are things with you?

AJ. Well, it’s pretty severe here and we’re pretty much snowed in. Apart from that not we’re not too bad.

PM. Congratulations on the album by the way. I really enjoyed it. On the heavier side of rock methinks?

AJ. Yes I’m a big Jimmy Page fan and I have always leaned toward his style of playing and it shows on the new album.

PM. How did you get started?

AJ. Well, I’m originally from Sheffield but I played with a few local bands in Wiltshire in the eighties whilst working in the area and developed my style there.

PM. Did anything come of these bands?

AJ. One particular band who I thought were going places quickly disbanded following the walking out of the singer. Shame really, because we had a few songs recorded and they sounded pretty good. But most of them didn’t really do much.

PM. I noticed on your Myspace that two of your influences are Dream Theatre and Transatlantic. I recently reviewed The Whirlwind and thought it was terrific. Are they your main source of influence?

AJ. Not really. I absolutely love them but my main influences’ hark back to the seventies. Jimmy Page in particular. To me he is king. Rush, David Gilmour and of course Andy Latimer who plays with such feeling and soul are without doubt the main people from whom I draw influence and style.

PM. I thoroughly agree about Andy Latimer. To me there simply hasn’t enough attention afforded to him. He’s a genius.

PM. On to Traces, The differences in production are astounding compared to you first album. What do you attribute to this?

AJ. Quite simple, more time was taken with this project than the last and more people where involved.

PM. It’s a fairly bleak and dark affair isn’t it?

AJ. Yes. Sometimes not everything is sweet and light. As you said in your review, Roger Waters made a few bob from being gloomy.

PM. I thoroughly agree. Is there a story behind it?

AJ. Not as such. The songs on the album reflect how I feel when I’m writing.  I was involved in a head on collision whilst travelling in France with my family in 2002 which left us all badly injured. This became a vehicle for my first album however, you can’t stop reflecting on such times and to be honest I think it’s ok to be a bit dark sometimes.

AJ. It’s all about traces of yourself that is left behind when your not there. Art, building things, a loss of innocence, feeling or death.

PM. You had some great help on this album?

PM. How did you get to meet Brendan and Marc?

AJ. It was at a Marillion convention in The Netherlands where I am based these days. Brendan was nursing the mother of all hangovers when we started to chat. He told me of Christmas song that he and Marc had recorded and invited me to add a guitar solo.  From there Brendan passed on the files to Marc and the rest as they say is history.

PM. They seemed to add another dimension to the album.

AJ. Marc is a great singer and he wrote the lyrics to “falling To Pieces” too. Brendan added some really atmospheric keyboard textures. When myself and my wife listened to the finished product we were bowled over.

AJ. Mmm! My wife would probably be able to explain better, but basically it the phrase is derived from a stone circle in Derbyshire. I think it’s somewhere near Bakewell.

PM. I thought the cover was terrific.

PM. What of future projects?

AJ. I’ve been chatting to Brendan (Eyre) lately about doing something together outside of our usual stuff. Probably in the new year I would think. I’ll tell you more about it when I know.

PM. Adrian thanks so much. Please keep me informed of developments and have a great Christmas.

AJ. You too. Good talking to you.

For more information check out www.ninestonesclose.com 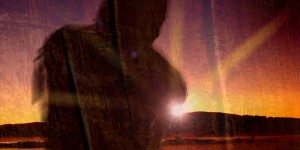