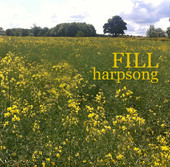 Those of you who attended the first Progmeister will hopefully recall Mog who played out their opera “Jack The Vicar”? damned good it was too. Mog front man Phil Swinburne has since been keeping himself busy with various drama and musical projects not least recording a new EP “Harpsong”. I received a call from Phil who is known away from his other commitments as “Fill”. We chatted about his latest venture which is part of a full album “A Thousand Colours” to be released at the end of September. Harpsong EP is available as a download via i-Tunes and well worth the £2.49 which isn’t even the price of a decent pint. Harpsong consists of three songs, the title track “Harpsong”, “Antidote” and the rather splendid “Horses”.

Phil gathered some great musicians together in order to record the album and sees him with his partner in crime Lewy Richardson of Mog playing guitar along with Gaven Bell (bass) Graham Robinson (Drums) Jason Bradly (keyboards) and of course the man himself singing and playing keys. having downloaded the EP from i-Tunes it appealed to me straight away. The title song Harpsong was inspired by Phil’s daughter who plays the harp. The song is a very positive and described by Phil as a summer song. I have to concur. It had a certain feel good factor about it. This is a very personal account of a man coming of age and having travelled life’s journey with all it’s twists and turns finds a normal life. I found this a beautiful notion and one which i can identify with. I found that all three songs had an eighties feel about them and this song in particular reminded me very much of China Crisis whom i simply adored. great Hammond sound to finish with courtesy of Jason Bradley. 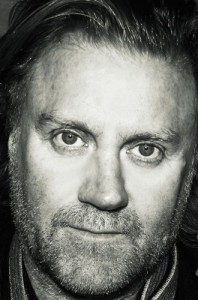 “Antidote” is an older song and a very personal and introspective view of the way Phil coped with the death of his father some years back. A song i have enjoyed since first hearing it a couple of years ago. By far the song i enjoyed the most however is “Horses”, a protest song if ever i heard one and all about things close to my heart with regard to our present government and their diversionary tactics. Lewy Richardson sounding very much like Simple Minds axe man Charlie Birchill and a solid rhythmn laid down by Messrs Gavin Bell and Graham Robinson. It is a breath of fresh air listening to something that flouts present trends and yet holds a message rather than merely representing sole modern attitude which is all consuming. Well done Phil/Fill and the boys, a total joy.

recommended? Totally! For £2.49 what the hell you waiting for?

Harpsong is currently available in i-Tunes

The forthcoming album “A Thousand Colours”will be available through i-Tunes via Circulation Recordings. (Watch this space)