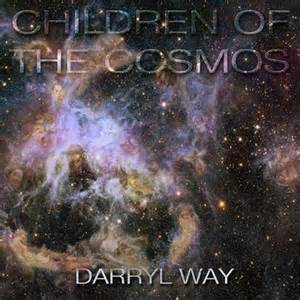 Well, i have to admit to this album creeping up on me and almost dismissed it out of hand on first hearing it. Shame on me! In my own defense the reasons were many fold but i should know by now not to judge a book by it’s cover. Speaking of which, the cover of Darryl Way’s Children Of The Cosmos together with the opening song of the same name really does set out it’s stall as a space rock album. Not so, Children Of The Cosmos is a melange of different styles, moods and tempo. What made me so hesitant about liking this album from the outset was the use and in some parts over use of Drum machines and/ or computer generated drum patterns.  What distracted me from this was the shear musical content throughout the album and the fact that i had many of the tunes in my head throughout the day.

Curved Air were never a band that i became interested in for no specific reason though having listened to Darryl Way’s recent albums i may just have to explore them. Opening with the title song Children Of The Cosmos Mr Way lays down a deep, wide atmospheric soundscape that lures the listener in and has them thinking it is going to be an album of such space-like pieces. The use of echo effects and some rather nice pads and patches courtesy of darryl’s Korg X-50 really does make for a expansive and lush sound making the electronic drum sounds integral rather than a convenience.

Steering away from the cosmic theme the following two songs Spooks and The Best Of Times pay homage to the 80’s with some Tubeway Army and Electro licks going on. I have to say i found them really enjoyable as i think some of the sounds used are bold and exciting. In stark contrast to the eighties pastiche is the quaint and beguiling Nature’s Way. I am unsure if this song is about a loved one or mother nature herself. However, the song lends itself beautifully to either. Darryl’s violin makes this song flow in a jaunty and traditionally English way and i found myself recounting why i enjoy prog so much. It was for the very same reason i love Caravan and such bands. The story telling and innocence behind it. This is a song that stays in your head and you find yourself humming all day long.

Continuing with matters of days gone by Summer Of Love captures the mood and feel of the late sixties. festivals, free love and The Beatles. Loaded with sitar sounds and tabla i found this reviving the hippie in me whilst Don’t Look Back with it’s bouncy and cheeky notions held some important messages. I found myself liking this album  as much for the lyrics as well as the music. The song also incorporated Pachabel’s Canon adding a little culture to the proceedings.  Considering the title of the album and the impression it gives i found it exploring many avenues of the genre and admired it for amongst other things it’s diversity. The only co-written song of the album is Fire With Fire written by Darryl Way and Billy Lowrie. This was ably sung by Rosie Darryl’s daughter. Her youthful yet powerful voice is set in a swathe of some superb electronic sounds and yet again i found myself captivated.

My love of soundtrack and film score was fed by the rather wonderful Lagan Love which i elected the track of the album. Totally captivating this traditional arrangement conjured up images of Braveheart and Rob Roy. An Atmospheric piece it holds you sway till the very last note. I did find myself reaching for the volume control a few times whilst listening to this wonderful anthem. Back to song based arrangements three tales are told. The first being A Winter’s Tale where i found Darryl’s vocals reminding me very much of John Wetton. I found this song had a very good feel about it with an almost gospel type message. A Modern Tale hammers home the view of modern life which i felt totally in tune with as i did with the following tale An American Tale. This is set to an almost Benny Hill type romp through American life and a very British view of their dream. For an album that i almost dismissed i found myself totally captivated.

The album is completed by the neo-classical jig and tribute to Prokofiev, Darryl’s favourite composer Sergey. Smile inducing and a joy to listen to and showcases Darryl Way’s immense talents as a violinist, arranger and composer. Sergey develops from an waltz to a full blown classical arrangement. In breakfast cereal parlance Children Of The Cosmos is a variety pack of styles within the prog genre. Considering that Darryl Way wore many hats during the recording of this album at his studio in Devon the compositions have a collaborative feel about them and it is for this that you really have to congratulate Darryl Way.. As an album i would have perhaps appreciated the lyrics and a little more information in the CD booklet though this is but a minor observation and did nit detract from the fact that i simply can’t stop listening to it. 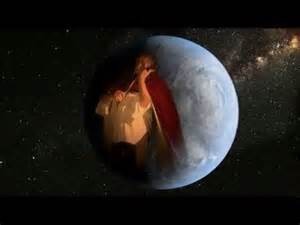